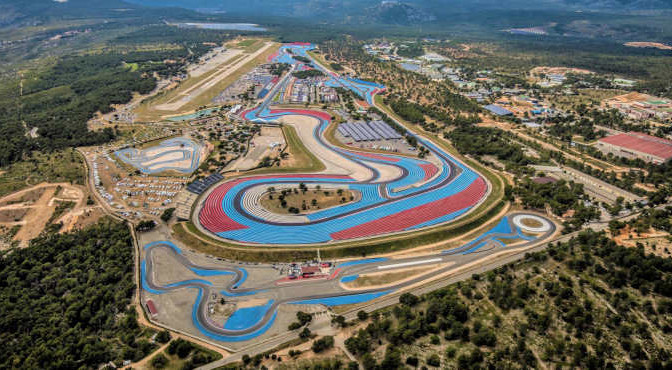 With the opening ceremony scheduled less than three weeks away, final entries are flowing in for the second edition of the FIA Motorsport Games.

Based in Marseille, France, the second running of the event will feature racers from around the world representing their nation and local FIA National Sporting Authorities (ASNs).

More than 70 different nations and 500 competitors are scheduled to compete at the event, which features a broad cross-section of motorsport disciplines from karting to Formula 4, GT racing and drifting to different classes of rallying, and slalom competitions in both cars and karts.

Fan requests for tickets for the event have already passed the 10,000 mark, and the FIA ASN village where nations will showcase motorsport in their country has completely sold out. As part of the celebration of international motorsport, the event will also be attended by key leaders from multiple ASNs from across the globe and FIA Vice President for Sport, Robert Reid.

A number of competition disciplines are at entry capacity, including the new for 2022 Karting Sprint competitions for both Junior and Senior categories. The Karting competition will be staged at the on-site karting venue at Circuit Paul Ricard.

More young racers will also contest Formula 4 aboard the hybrid-equipped KC-MG01 – powered by a 176bhp 1.4-litre turbo-charged engine with a 12kW battery. A capacity grid has entered the discipline, which will also feature a 10,000 Euro bonus prize for the winner, provided by chassis manufacturer and world-renowned racing organisation, KCMG.

Back by high demand, Drifting returns for the second edition of the Games. Ukrainian drifter Dmitiry Illyuk won the event at Vallelunga in 2019 and will return to defend his crown against a 30 plus car grid in Marseille.

Encompassing both the real and virtual racing worlds, the 2022 FIA Motorsport Games will also include the Fanatec Esports Cup, where 55 nations are set to go head-to-head on the Assetto Corsa Competizione platform.

A total of 16 disciplines will be staged in Marseille – one less than originally scheduled, with the Endurance event no longer taking place.

“We’re thrilled with the overall response from competitors around the world for the second edition of the FIA Motorsport Games,” said Stephane Ratel, SRO Motorsports Group Founder and CEO.

“The best thing is the number of countries competing for the first time that do not have a traditional motorsports history or infrastructure. Helping grow our sport to new parts of the world is a key goal for this event.”

The influx of entries has resulted in the FIA World Motor Sport Council extending the deadline for entries for the event until October 14th.

“We have been delighted by the enthusiastic response of so many countries from every corner of the globe,” said Frédéric Bertrand, Formula E and Innovative Sport Activities Director at the FIA.

“More than 70 have already committed to the Games, and we really want to support those who are eager to participate but still need a bit more time to register their national team. In that, we had the full backing of the FIA President and FIA World Motor Sport Council members. The late entry process can now begin, allowing even more nations the opportunity to take part.

“The FIA Motorsport Games will showcase skills of drivers from all around the world, from grassroots to pro, from rallying to circuit racing, and it is a real pleasure to see the event coming together so well. A great motorsport celebration awaits!”

Find out more about the FIA Motorsport Games, including schedules, news, and more, at fiamotorsportgames.com.