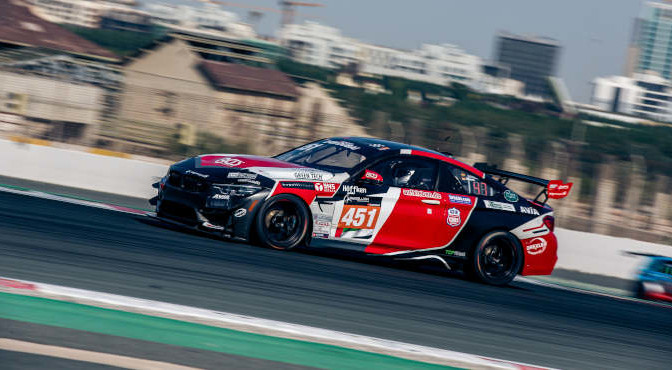 José Manuel De los Milagros is ready for his second international race of the 2020 season, which also counts towards the 24H Series Continents championship, joining BMW and Team Avia Sorg Rennsport once again. The global COVID-19 pandemic had a massive impact on the previously announced 2020 calendar and as a result De los Milagros wasn’t able to drive the Sorg Rennsport-run BMW M4 GT4 machinery since last January. The season-opener took place many months ago at the Dubai 24 hours, in which BMW, Team Avia Sorg Rennsport and De los Milagros brought a fourth place home in class. The race came to an early end due to extremely heavy rainfall. The organizers initially red-flagged the race after seven hours and decided later not to resume the race on grounds of safety.

Throughout this period, the German brand, the team and the drivers themselves have strenuously worked to properly prepare this comeback at Hockenheim, the historic circuit and home of the Formula 1 German Grand Prix. De los Milagros will be joined by Björn Simon, who also took part in the Dubai 24 hours, and German racers Olaf Meyer and Heiko Eichenberg. Meyer is a long-term competitor in endurance racing with Eichenberg also having experience at the wheel of BMW-built cars both on the national and international motorsport scene.

“I’m excited to be back racing! It was a long hiatus since Dubai but I’m looking forward to driving the BMW M4 GT4 again. It is expected to be a challenging weekend as I have no previous experience driving at Hockenheim. Despite I previously competed in Germany, it will be my first outing there. My goal is to contribute to achieve a strong result in order to keep the title fight alive. We want to secure as many points as possible in our GT4 class” explains De los Milagros. The Spaniard underlines that “I would like to express my gratitude again as BMW M, Sorg Rennsport and my sponsors have made this possible. This racing programme across the world is a dream come true and above all driving the outstanding BMW M4 GT4!”

The race will be split in two parts of 8 hours each, the first one on Saturday and another on Sunday with an identical schedule (12.00-20.00).