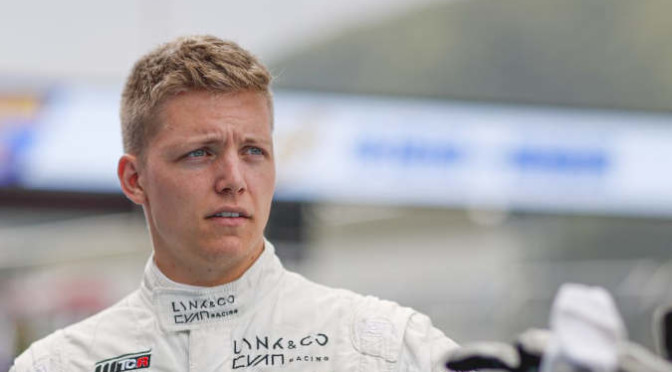 Pre-season Esports WTCR champion thinking big for real as new WTCR season approaches *Fast Frenchman teams up with famous uncle Yvan Muller at Cyan Racing Lynk & Co *Ehrlacher: “The younger guys are coming through and this is a good thing”

Yann Ehrlacher visited the WTCR – FIA World Touring Car Cup podium six times in 2019 but never climbed to the top step. After a lengthy build up to the new season, the Frenchman believes he has what it takes to win for Cyan Racing Lynk & Co in 2020.

You won the Pre-season Esports WTCR Championship but this is the real thing. How do you rate your chances?
“We start from zero again because 2019 is behind us and everyone has the same chance. We worked very hard during this pre-season. We started to work before the lockdown and we start to work after the lockdown to improve the car and fit the car with the new brand of tyres. It’s all going in a good direction. I’ve prepared myself the best I could. I did a lot of training physically and mentally so I’m just waiting to start. I feel ready and the chances are quite high and maybe higher than they have ever been for me.”

What do you think of the new Goodyear tyre?
“It’s a completely different philosophy. The performance is quite similar in qualifying but it’s much more consistent for the races. This tyre is erasing a lot of [driver] mistakes and everybody will be much closer in lap time. With the older tyre if you did a mistake the performance dropped off but that’s not the case with [design of] the Goodyear. The Goodyear will equalise all the field and make it a bit more interesting during the races.”

So, can even better racing be expected?
“The battles were already quite close but you need to know the old tyre for that, to be able to have a good pace for all the race. Now it’s about putting the clock to zero again, because even guys with a lot of experience – even me because I had a few years with the old tyre and I know how it works – know the way we will manage the tyre is completely different, back to zero again.”

With six race weekends taking place in three intense months what will that be like?
“To be honest I’m not sure it will really affect me. Even if we have back-to-back racing, we still have three or four days to recover and prepare for the next weekend. Generally, the work should be done even before the first race, so when we start before the first race everything is like just rolling on. The preparation is now and if we are not ready now, we will not be ready after the start of the season. It can be a short delay or a long delay. We have to be ready now and it will not affect that the races are back to back. Sometimes it can be better because when you keep driving all the time you don’t have long breaks. It’s not a negative thing.”

What’s your knowledge of the three tracks that are new to WTCR?
“The three of them are completely new and Adria is completely new for everyone because they are doing a new track there. I would prefer tracks like Vila Real or Macau. I always liked those tracks, they were a plus for me and I always got good results when they were in the calendar. But you can’t choose all the tracks you want in the calendar and we know the situation is not easy. It looks like the new tracks are nice for touring cars, for the battles during the races.”

There’s a new Lynk & Co-powered driver this year. What’s Santiago Urrutia like?
“I’m really pleased he joined the team because the average age in the team is getting younger and I have someone to speak with during the dinner! The other guys were speaking about retirement and things like this but I am done with this! I’m joking but it’s good to have someone close to my age because you live the life a bit differently and he is a nice guy, I’ve met him a few times. He’s quick, he’s really talented and he already did a nice career in racing. He will be a positive element in the team and you always learn things from everyone. I am really looking forward to working with him and spending the season with him.”

You and Santiago are among a growing number of young drivers competing in WTCR. Is that a good thing for the series?
“Definitely. When I joined the WTCC I was one of the youngest but now we are more and more young guys. It’s good for the series, it shows how hard the series is because it’s a series where you need quite a lot of experience and the experience guys still dominate. But the younger guys are coming through and this is a good thing.”

If you don’t win the WTCR title this year, who will?
“Yvan because he’s my team-mate! He has nothing else to prove, but he’s still there and still working like he has something to prove and like he has a long career ahead of him. That’s the way he worked all his career. At some point you realise when you are going from race to race when you are young you realise how hard it is in racing because you go to races and even if you do a good result in one race you get to a new track and you are starting from zero again. If you do a bad result it stays there but if you do a good result it stays for 10 days but then you have to prove it again. When you have a career of 30 years, every single race you have to prove you have the pace and have the level. And he’s brilliant because he is still showing how good he is technically and driving wise.”