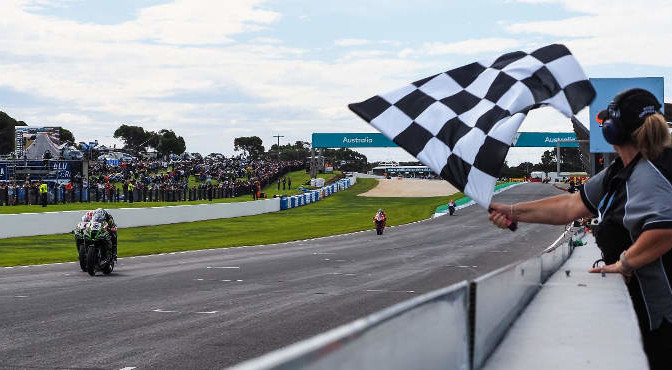 The 2020 MOTUL FIM Superbike World Championship set for further changes in order to resume racing
A teleconferencing meeting was held this morning between Juan Antonio Marín, Vice President of the Andalusian Government, Mamen Sánchez Díaz, Mayor of Jerez de la Frontera, and Carmelo Ezpeleta, CEO of Dorna Sports. Following the meeting, the three parties have agreed to propose to the Government of Spain that the 2020 MOTUL FIM Superbike World Championship’s Spanish Round at the Circuito de Jerez – Angel Nieto will take place from the 31st of July to 2nd August. This would follow two consecutive MotoGP™ World Championship events at the circuit.

Once the authorization of the Spanish Government has been received, then the Spanish Round will have a new date. However, the first test would be the Spanish Grand Prix, which will open the season in the MotoGP™ category, and the second will be called the Andalusian Grand Prix.

Regrettably, after many scenarios being examined and evaluated and due to the extension of the German government’s ban on large gatherings, the German Round has been cancelled. All parties are working on a suitable solution for the German Round that meets the interests of everyone for 2021. With the health and safety of all concerned at the forefront of the proposal, the proposal process regarding the Spanish Round is underway and updates will be communicated accordingly.