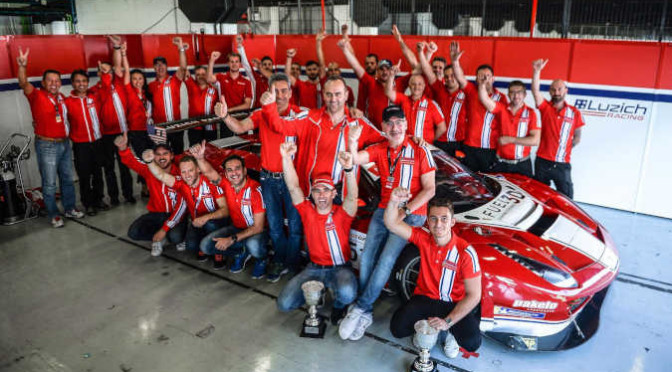 In its inaugural racing season, Luzich Racing team and Mikkel Mac won the Drivers title in the International GT Open series. The Ferrari 488 no. 51 driven by Mac, with co-driver Alessandro Pier Guidi, emerged from the season-ending Barcelona round as the reigning champion.

To win the title, Mac and Pier Guidi led an incredible fight throughout race 2 in Bar-celona.

The result would highlight an awesome and winning season which included six vic-tories and six podium finishes (among Pro and Pro Am) for Luzich Racing 488 car no. 51, 52 and 71. Luzich Racing Ferrari 488 no.51 was leader of the championship from the start of the 2018 season to the last race of the season.

Michael Luzich, team owner: “The Team did an outstanding job throughout the se-ason. Our drivers were competitive, AF Corse provided outstanding support and, of course, Ferrari made it all possible by building the best race cars in the world. I thank each and every member of the Team for their dedication and belief in pursuing the championship.”