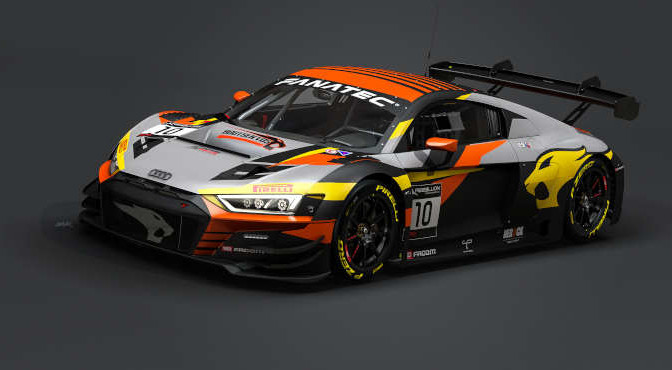 From 2023 onwards, Boutsen Racing and Marc VDS will be working together to revive the famous cat in GT racing. The programme includes the Fanatec GT World Challenge Europe with two Audi R8 LMS GT3 Evo II and the Lamborghini Super Trofeo.

They have a common passion, that of motor sport, which is rooted in their genes. They have already written some of the most beautiful pages of Belgian motorsport. By joining forces, they intend to write many more! From 2023 onwards, the Boutsen Racing team from Wavre will become BOUTSEN VDS, to underline the new collaboration with Count Marc van der Straten.

“Everyone knows my passion for motor sport, which is a family heritage,” smiles Marc van der Straten. “In motor racing, my Marc VDS team is known for winning the 24 Hours of Spa in 2015, but everyone also remembers the Gillet Vertigo, the Ford GT, the Ford Mustang and even the Aston Martin prototype which competed in our colours at the 24 Hours of Le Mans in 2011. The Marc VDS Racing Team has also been active in motorcycling since 2010, with three world titles in Moto2. However, I wanted to return to GT and endurance racing, one of my favourite disciplines. The possibility of associating myself with the Lainé-Boutsen family allows me to revive the cat, which is my logo, without starting from scratch. I am very happy about this and I cannot wait for 2023 to start.”

Since 1999 Olivier Lainé has been running Boutsen Racing with his wife Olivia Boutsen, sister of the former Formula 1 driver. “Thierry is a great advisor to our team, but it is true that we run the team on a daily basis with Olivia and our son Amaury, who specialises in marketing,” explains this former member of the Larrousse team in Formula 1. “In 20 years we have touched many facets of motor sport. We have helped young drivers to develop in single-seaters in the Belgian Formula Renault 1.6 Championship, we have driven a lot of touring cars – including winning two consecutive titles in TCR Benelux – and we have competed twice in the 24 Hours of Le Mans with an LMP2 prototype. However, we have now turned our attention to GT racing, on the one hand with the Fanatec GT World Challenge Europe and on the other hand with the Lamborghini Super Trofeo.”

For Boutsen Racing, the association with Marc VDS is a long-term project. “We have a great many ambitions”, smiles Olivia Boutsen, “but we also know that we have to progress step by step. In 2023, we will still be present in the Lamborghini Super Trofeo and we will strengthen our presence in the Fanatec GT World Challenge Europe. For the future, everything is possible, but we will take one year at a time.”

The collaboration with Audi Sport customer racing having borne fruit in 2022, it is once again with the brand with the four rings that BOUTSEN VDS will be present on the circuits next year. “Instead of entering an R8 LMS GT3 Evo II in the Endurance Cup, we will enter two cars in both Sprint and Endurance,” explains Amaury Lainé, who has been involved in the sport since he was very young. “It is a big step for our team, but we are extremely motivated and the association with Marc VDS will allow us to do things in a very good context.”

While it is too early to reveal the names of the crews, as the SRO regulations have not yet been published for next season, two of the drivers in the 2023 programme are already known. “I follow Aurélien Panis and Alberto di Folco for a few years now,” says Marc VDS. “It is therefore logical that they will join our team next year. As for the rest, discussions are underway and those who will wear our colours will be announced in the coming weeks. In the meantime, long live the new BOUTSEN VDS name!”