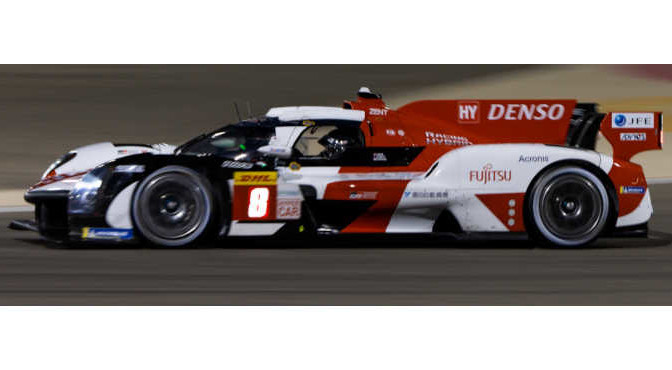 Brendon Hartley, Gimmi Bruni, Norman Nato and Sarah Bovy were the stars of qualifying for tomorrow’s Bapco 8 Hours of Bahrain…

Brendon Hartley scorched to a superb pole position at the Bahrain International Circuit this evening to put he and teammates Sebastien Buemi and Ryo Hirakawa in the best place possible to take the 2022 FIA World Endurance Championship tomorrow.

The Kiwi set a blistering lap of 1m46.800s to lead the No.93 Peugeot TotalEnergies entered 9X8 Hypercar.

Porsche hold the advantage in LMGTE Pro as Gimmi Bruni claimed the point ahead of the usual sustained challenge from the AF Corse Ferrari team.

The age-old battle between the two legendary manufacturers will see the No.51 Ferrari and No.92 Porsche fight for the crown as they did last season.

However, the No.51 title defending Ferrari ended the session spectacularly as Alessandro Pier Guidi spun on his push lap right at the end of the session.

In LMP2 the Realteam by WRT squad took a maiden pole of 2022 as Norman Nato left it until the final seconds to claim the top spot.

Nato swept to a brilliant 1m50.330 lap to beat the points leading No.38 Oreca-Gibson driven by Will Stevens.

The LMGTE Am category witnessed Sarah Bovy reprising her Monza heroics with a superb pole position for the Iron Dames Ferrari team.

Title leader TF Sport will start the race from second position after Ben Keating was just unable to wrest the pole from Bovy.

Tomorrow’s Bapco 8 Hours of Bahrain is scheduled to begin at 14.00 local time. Follow all the action on the official WEC App

Headlines from Qualifying at BAPCO 8 Hours of Bahrain……