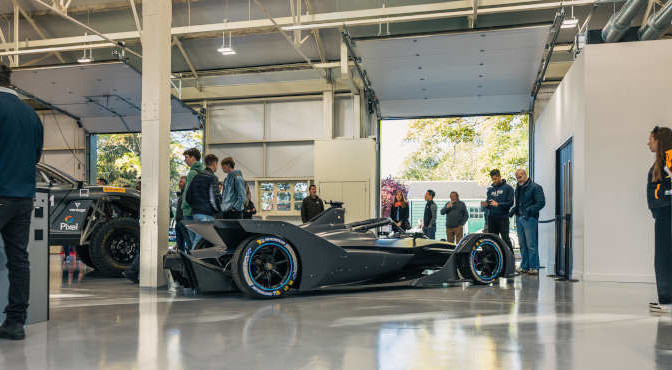 McLaren Racing will open the next phase of its electric motorsport journey when it enters the 2022/2023 ABB FIA Formula E World Championship from Season Nine and the beginning of the Gen3 era in the pioneering all-electric race series. Formula E will join the McLaren Racing portfolio of Formula 1, IndyCar, Extreme E, and esports.

The company’s Formula E team has been formed through the acquisition of the Mercedes-EQ Formula E Team that has seen the reigning ABB FIA Formula E World Championship team transfer into the McLaren Racing family. The move into Formula E not only reflects McLaren’s commitment to EV motorsport but the aim to accelerate McLaren Racing’s sustainability journey and reach a new, more diverse global audience.

Daniel Geoghegan, Chief Executive of Bicester Motion, comments: “McLaren’s expansion into another racing series like Formula E, is as unique as our site. We look forward to supporting them during this next phase of their development.”

Ian James, Managing Director, NEOM McLaren Electric Racing adds: “It’s an exciting time for the team and the sport. We are embarking on a new chapter, as part of the McLaren Racing family. Basing ourselves at the unique location of Bicester Heritage, we have the advantage of being surrounded by people who are as passionate about motorsport as we are.”