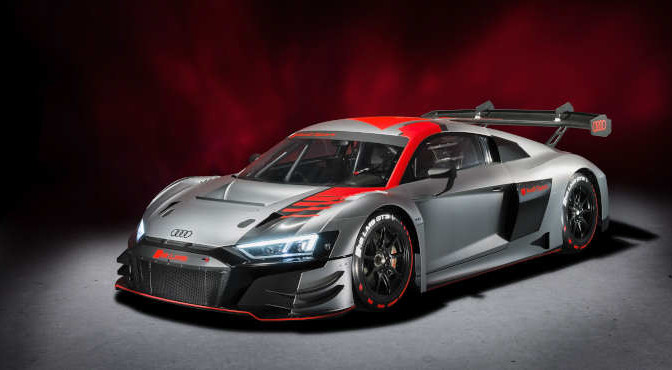 Even though it is not yet over, with the last two FIA WTCR rounds still on the programme, the Comtoyou Racing’s 2022 season will always be remembered as a great vintage. In its offices and workshops, in Gembloux and Frameries, motivation is at its peak and the next campaign is already being prepared. From the VW Fun Cup to the TCR World Tour, via the organisation of events, the TCR Europe and a new involvement in GT races, for the troops led by Jean-Michel Baert and François Verbist the year 2023 will be full of challenges!

TCR World Tour and TCR Europe: titles to be defended
­
Receiving the official support of Audi Sport customer racing for the world competition, Comtoyou Racing has already built up a solid record of success in touring car racing. While the Belgian team is aiming for the final podium in both the Drivers and Teams categories for the final season of the FIA WTCR, the Frameries-based structure already has in its portfolio the four titles at stake (Drivers, Teams, Diamond and Rookie) in TCR Europe and the gold medal in the Touring Car category of the FIA Motorsport Games, the latter having been won by Dutchman Tom Coronel.

Not surprisingly, TCR will remain a priority in 2023 with a double programme. “We will officially represent Audi Sport in the new TCR World Tour,” explains Team Manager François Verbist. “We will enter four Audi RS 3 LMS cars in the nine events of this world calendar, which is a one-off addition to existing championships. In addition, we will also be defending our titles in TCR Europe with four cars. In other words, when TCR World Tour and TCR Europe join forces, we will be fielding eight Audi RS 3 LMS cars!”

From a sporting point of view, the new world formula is particularly attractive to the Belgian team. “With Audi Sport, our objective is to go for the first TCR World Tour title,” confirms Jean-Michel Baert, the Team Principal. “The concept is attractive, as is the TCR World Ranking. Just like what we know in tennis, for example, this Ranking is the world ranking of TCR drivers with points to be scored in the various competitions where TCRs are accepted. At the end of the year, the top 15 of the TCR World Tour and the top 45 of the TCR World Ranking will meet for a world final.”

“We have been wanting to switch to GT3 for a few years now and Audi has been calling for us to do so,” smiles François Verbist. “After three years of reflection, we thought it was the right time. We have bought three new R8 LMS GT3 Evo IIs and we will be competing in all ten races of the Fanatec GT World Challenge Europe. We will have three cars in the Sprint Cup and two in the Endurance Cup, which also includes the 24 Hours of Spa. Everyone knows how competitive this championship is and so the challenge is huge, but we come with a great deal of humility. We know that the car can win and that, like other customers, we can count on the technical support and advice of Audi Sport customer racing. The aim will be to be closer to the best and then aim for the titles in 2024.”

VW Fun Cup: never forget the basics
­
When Comtoyou Racing was created in 2015, it was above all to enter VW Fun Cups. “To tell the truth, we never thought at the time that we could do anything else,” Jean-Michel Baert laughs. “It was the collaboration with François Verbist, at the beginning of 2017, which pushed us towards new challenges. In any case, there is no question of abandoning our basics! In fact, to offer a better service, we have moved our VW Fun Cup department to our new workshops in Gembloux. Our goal is not to have a maximum of cars on the tracks, but we want on the other hand to look after the preparation, with splendid and well-maintained equipment, and the simultaneous hosting of our customers and the partners of our customers. It is this qualitative approach which motivates us.”