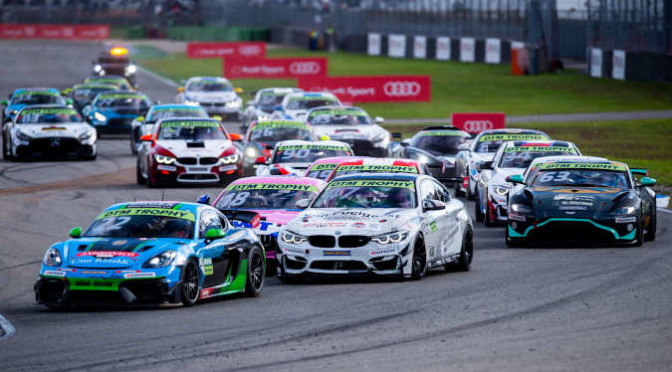 Toyota driver Tim Heinemann is the DTM Trophy champion for the second time after 2020. In the penultimate race of the 2022 season at Hockenheimring, sixth place was enough for the 23-year-old German with the Toyota Supra run by the Toyota Gazoo Racing Germany powered by Ring-Racing team to seal the early title in the talent pool on the high-quality DTM platform. His title rival Colin Caresani claimed victory in the race with the Project 1 BMW. It was already the fourth win of the season for the young Dutchman. Mercedes-AMG driver Edouard Cauhaupé (FRA) from the BWT Mücke Motorsport team in second and 17-year-old German Theo Oeverhaus with the Walkenhorst Motorsport BMW in third rounded out the podium.

In a commanding way, Tim Heinemann overcame all the obstacles on his way to his repeated crown. Due to a grid penalty, still dating back from the Red Bull Ring race, only started the race from ninth on the grid, but worked his way up already soon. Subsequently, it was Brazilian Thiago Vivacqua in particular who made life difficult for Heinemann. The German temporarily was ahead of the Heide-Motorsport Audi R8 in the battle for sixth place, only for Vivacqua to claim back his position. The battle was decided with a few laps remaining: Vivacqua lost drive and eventually retired. That cleared the way for Heinemann: only a technical failure could have prevented the early title win by the German. “Finally, we have done it! With sixth place, it isn’t quite ‘in style’, as one would have liked to do it, but that doesn’t matter”, a relieved Heinemann commented. “A lot of things could have happened today, but eventually, everything went according to plan.”

Prior to the weekend, Caresani was Heinemann’s only remaining rival in the battle for the title. The Dutchman started from second place and showed a faultless performance. He scored a commanding race win and secured the additional championship point for the fastest race lap. Behind him, second-placed Cauhaupé drove a consistent race while the hot three-way battle for the final podium slot was the most entertaining element. Participating in the battle were the two BMW M4 drivers Moritz Löhner (GER, FK Performance Motorsport) and Theo Oeverhaus as well as guest driver Vincent Andronaco with the Allied-Racing Porsche 718 Cayman. The latter had secured pole position in qualifying on Sunday morning. In the early stages of the race, Andronaco led the race, but eventually had to let Caresani and Cauhaupé past. In the closing stages, he defended fiercely against Löhner and Oeverhaus. The trio presented entertaining racing to the numerous spectators at Hockenheimring until Oeverhaus had the upper hand.

The final race of the 2022 DTM Trophy gets underway on Sunday at 3.15pm and is broadcast live on Servus TV and DTM TV (tv.dtm.com).