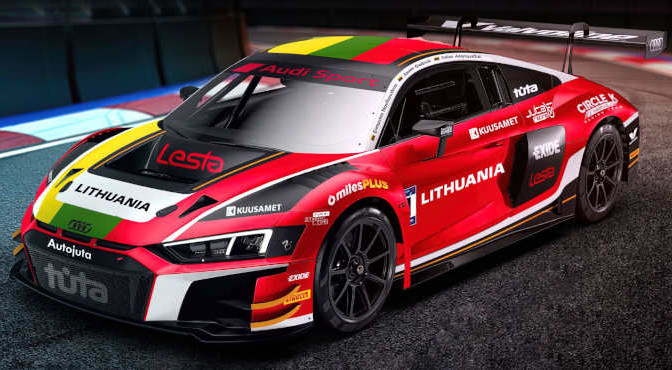 In less than 30 days, drivers from across the globe will gather to compete in the second ever FIA Motorsport Games, 26-30 October, and Team Switzerland has confirmed its squad to compete in Marseille. Featuring seven drivers, Auto Sport Schweiz is the latest FIA ASN to race for gold, silver, and bronze medals across seven motorsport disciplines in the South of France, more than doubling its presence at the inaugural Games in Italy three years ago.

Starting with the youngest member of the team, Elia Epifanio will represent Switzerland in Karting Sprint Junior. The 13-year-old currently leads the Swiss Kart Championship in OK Junior, after finishing second in the Super Minis last year.

In Formula 4, Switzerland is represented by 16-year-old Dario Cabanelas. Third in the Swiss Kart Championship in 2020, Cabanelas switched to single-seaters last year and finished eighth in the French Formula 4 Championship. He’s been on the podium twice so far this season.

Switzerland will rely on Seat Cupra driver Gabriel Müller Agrelo Luisquiños in the Touring Car category. The Brazilian-Swiss dual citizen is contesting the South American TCR championship this year, having also learned his craft in karting.

Yannick Mettler will be taking on double duties for the Swiss delegation. The 32-year-old will race solo in GT Sprint and then team up with Dexter Müller in GT. The duo currently race a Mercedes AMG GT3 in International GT Open.

In 2019, Yves Meyer represented Switzerland in Drifting in Italy. He returns to the FIA Motorsport Games as team coach in 2022. Taking over the hunt for a Swiss Drifting medal will be Nicolas Maunoir in his Nissan S15.

Completing the team is reigning Swiss Sim Racing Champion, Thomas Schmid who will take on some of the world’s best virtual racers in the Fanatec Esports Cup. Schmid brings with him ‘real racing’ experience as a former Junior Champion in the Swiss Rally and Swiss Hillclimb championships.