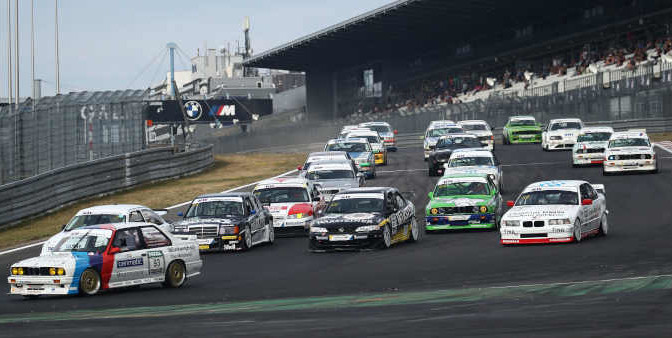 The DTM Classic Cup finale at Hockenheim will be a gala of the veteran stars, and that in two ways. From former DTM champions Hans-Joachim Stuck and Bruno Spengler via Prince Leopold of Bavaria, Marc Hessel and Kris Nissen to Olaf Manthey: seven former DTM drivers will be on the grid in the Motodrom in Baden-Württemberg. However, veteran stars are also the touring cars from the years between 1984 and 2007, particularly from DTM. 28 historic race cars will be in the field for the season finale, DTM Hockenheimring powered by AUDI from 7 till 9 October. Audi, BMW, Ford, Mercedes and Opel: the five brands that have made an impressive mark on that era, will be present as an on-track history book with no less than 15 different models.

Somebody who already wrote history by becoming runner-up twice with a Rover Vitesse in the first and second season in DTM is about to continue his success story: Olaf Manthey has the best chances to have his name written in the history books as the inaugural DTM Classic Cup champion. The 67-year-old has a considerable margin in the points’ standings ahead of Marc Hessel, a former BMW junior driver and third in the 1987 DTM, as well as Moritz Horn with the Alpina BMW M3, both from Team 2.0 Automotive. On Saturday, Manthey will race the Schumann brothers’ BMW 635 CSi and on Sunday, he will share an Audi 200 quatto with Thomas Wandel. The driver from Bonn knows this car, too, having established a world speed record with an Audi 200 turbo at Nardo in Italy back in 1988.

DTM’s illustrious history returns when Hans-Joachim Stuck will be driving an Audi V8 in the Motodrom. With this Audi limousine, “Strietzel” claimed the 1990 DTM title. Exactly ten years agon, Bruno Spengler was crowned DTM champion at Hockenheim as well, back then with the Schnitzer BMW at the successful DTM comeback of the white-and-blue brand. Like at Norisring, the Canadian will be racing a BMW 320 E36 in DTM Classic. Next to Spengler, Kris Nissen also revives the memories of the glorious Schnitzer team. The Dane will be racing his BMW M3 E30 also run by Schnitzer Classic. With a BMW 320is E30, Prince Leopold of Bavaria and Spa winner Marc Hessel also rank among the regular drivers in the DTM Classic Cup, newly-introduced in 2022.

Each of these 28 touring cars is motorsport heritage. Particular crowd favourites next to the various BMW types include Keke Rosberg’s Opel Calibra V6 2.5 4×4, now driven by Ronny Scheer and Stefan Mücke, also an ex-DTM star. Next to that, guest driver Rudolf Schöllhorn’s AMG-Mercedes C Class, the Opel Astra V8 Coupé with Klaus Hoffmann and Tim Schrick and Guido Momm’s brawny Ford Mustang 5.0 GT once raced by Gerd Ruch. The two races on Saturday (start at 5.30pm CEST) and Sunday (4.25pm CEST) will be shown live at ServusTV On (servusTV.com), the video and streaming platform by ServusTV, and DTM TV (tv.dtm.com). All information about DTM Classic can be found on the website DTM.com.