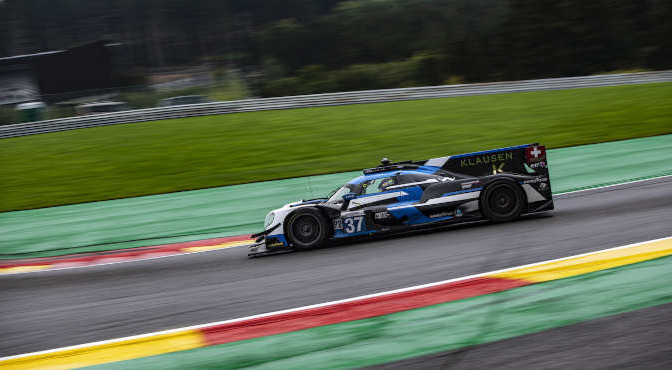 19-year-old Niklas Krütten from Trier finished fifth in race five of the European Le Mans Series in Belgium. Qualifying at the legendary Spa-Francorchamps circuit saw Krütten and his COOL Racing team-mates Nicolas Lapierre und Yifei Ye (CHN) secure pole position for Sunday’s race. Starting from the front of the grid, Krütten initially defended his lead and proceeded to pull clear of the opposition. However, a puncture during Frenchman Lapierre’s stint resulted in an unscheduled pit stop and cost the team valuable time and positions. The former ADAC Stiftung Sport driver remains fifth in the Drivers’ Championship. In the Team competition, COOL Racing climbed one position and now lies fourth.

In mild temperatures around 13 degrees Celsius, Krütten started the four-hour race from pole position. A strong start saw Krütten, at the wheel of the #37 Oreca 07 LMP2 car, keep his pursuers at bay and open a comfortable lead. Krütten still led after an hour of racing. He then handed the car over to COOL Racing team owner Lapierre in first place. However, the dream of victory at the current Formula 1 circuit was shattered by a puncture, which saw the team fall back to tenth place. That necessitated a strong fightback with some thrilling battles. In the closing stages, the trio fought its way back to fifth. After 97 laps of the 7.004-kilometre ‘Ardennes Rollercoaster’, the team crossed the finish line in fifth place. The team led for 29 laps of the four-hour race, with Krütten at the wheel for 27 of them.

Niklas Krütten: “Qualifying went superbly and we produced an excellent performance. I had a good start from pole position, was able to defend the lead and then pull clear of the chasing pack. Unfortunately, we dropped well down the field as a result of the puncture. We never gave up and tried to make the best of the situation. My pace was really good, and we would definitely have been looking at more than fifth place.”

The sixth and final race of the 2022 ELMS season takes place on 16th October in Portimão, Portugal. This is followed from 21st to 23rd October by the finale of this season’s ADAC GT Masters in Hockenheim, where Krütten will start in a BMW M4 GT3 for the Schubert Motorsport team.