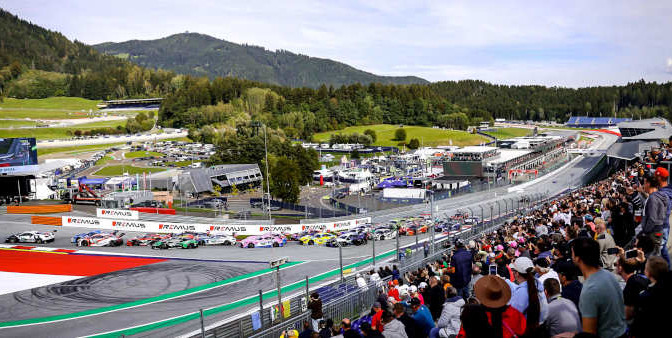 Second DTM race win in a row: Nick Cassidy has won the Saturday race in DTM at Red Bull Ring powered by REMUS. Having started from pole position, the New Zealander with the Ferrari of the Red Bull AlphaTauri AF Corse team was able to bring home a commanding lights-to-flag win by virtue of a good strategy and despite success ballast. Just a fortnight ago, the 29-year-old had scored his maiden DTM race win in the Sunday race at Spa-Francorchamps. “A really great day. Winning here at Red Bull Ring with AlphhaTauri and Red Bull is simply fantastic,” a buoyant Cassidy said at the finish. At the 4.318 kilometres long track in Styria, René Rast (GER) finished second with the ABT Audi. As a result, the three-time DTM champion scored further valuable championship points and took over second place in the drivers’ standings with 117 points. In the morning, Rast had already been fastest in qualifying and therefore scored three additional points but had to start the race from fourth place following a grid penalty from Spa-Francorchamps. Third place in the race went to Austro-Italian Mirko Bortolotti with the Lamborghini in the home round of the Grasser Racing Team.

For the local heroes Lucas Auer (Mercedes-AMG Team WINWARD) and Thomas Preining (KÜS Team Bernhard Porsche), the race was a less joyful affair. Auer got off to a good start and was in fourth place, but incurred a ten-second time penalty following his mandatory pit stop due to a pit lane speed limit infringement and eventually ended up in ninth place. Preining, who had finished fifth on the road right behind Auer, eventually was classified in tenth place, also having incurred a ten-second time penalty due to contact during the duel with Nico Müller (SUI, Rosberg Audi). Austrian Philipp Eng (Schubert Motorsport, BMW) finished the race in twelfth place. His compatriot Clemens Schmid (GRT Lamborghini), who had shone with the fastest time of the day on Friday, retired early in the race. Therefore, the Grasser Racing Team, based near Red Bull Ring, was even happier with Mirko Bortolotti’s performance. Having started from sixth place, the 32-year-old finished third, making it back onto the podium for the first time since the Norisring round. With this result and an additional point for the fastest race lap, the Viennese-born Italian added 16 points to his total. Following two retirements at Nürburgring and only five points at Spa-Francorchamps most recently, Bortolotti is now third in the standings behind Rast with 110 points. South African Sheldon van der Linde (130 points) remains in the lead of the championship. However, the BMW driver from the Schubert Motorsport team didn’t score any points by finishing eleventh, enabling Rast to reduce the gap to 13 points.

Standing in for Esteban Muth (BEL), who had to end his season early due to surgery, DTM rookie Leon Köhler surprised with twelfth place on the grid in the Walkenhorst BMW and also showed a strong performance in the race, but had to park his Walkenhorst BMW just before the end. The third-to-last race of the 2022 season gets underway on Sunday at 1.30pm CEST (live on ProSieben from 1pm), the finale follows at Hockenheimring in a fortnight.