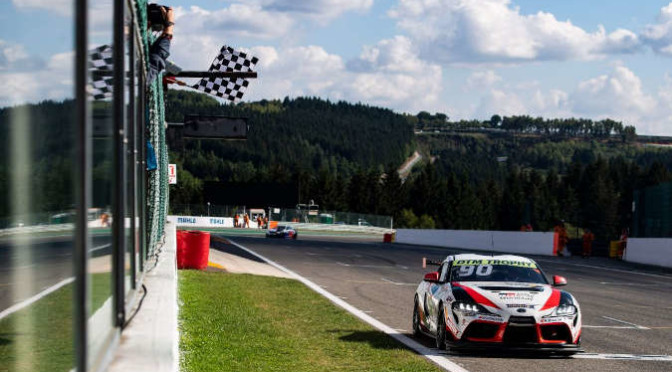 Now at 182 points, Tim Heinemann has extended his championship lead to 64 points from Colin Caresani (118 points, Project 1 BMW). The Dutchman remained empty-handed after finishing 13th in Belgium on Sunday, just like Saturday race winner Daniel Gregor (GER), who retired after a puncture with the KÜS Team Bernhard Porsche, and Brazilian Thiago Vivacqua (Heide Audi). Oeverhaus (115) is third in the standings, having moved up to within three points from Caresani following a pair of second-place finishes at Spa-Francorchamps. Prior to the next DTM Trophy round at Red Bull Ring in Austria (23 till 25 September), Vivacqua (92), Frenchman Eduoard Cauhapé (72, BWT Mücke Mercedes-AMG) and Gregor (69) are next up.

Tim Heinemann, who became the inaugural champion in the DTM Trophy with production-based GT sports cars in 2020, was in control at the demanding 7.004 kilometres long track in Belgium. From pole position, his fourth of the current season, he dominated proceedings throughout the 14 lap distance. At the end, he finished 5.526 seconds ahead of second-placed Oeverhaus, who secured his fourth podium result of the season in a rather solitary race. For more than half of the distance, Jacob Riegel (GER), who had started third with the Speed Monkeys Aston Martin, was in third place. As the race unfolded, Löhner became stronger and stronger, overtook Riegel in the final third and secured the remaining podium slot. Riegel took the chequered flag in fourth.

Riegel’s teammate Hancke staged entertaining position fights with the two KÜS Team Bernhard drivers Daniel Gregor and Ricky Capo (AUS). Having gained an advantage by exceeding the track limits, Hancke initially had to let Gregor go. Shortly after that, he again had the better of the Porsche youngster in a duel. But he didn’t stop there: in the closing stages, he also overtook the Mercedes-AMG of Rodrigo Dias Almeida (MOZ, BWT Mücke Motorsport) for fifth. Behind Hancke and Almeida, the two Mercedes-AMGs with Edouard Cauhaupé and Alexandre Papadopulos (USA, Selleslagh Racing Team) finished seventh and eighth, followed by Bulgarian Steriyan Folev and American Jordan Wallace (both FK Performance BMW). Like Gregor, Capo also retired due to a puncture.