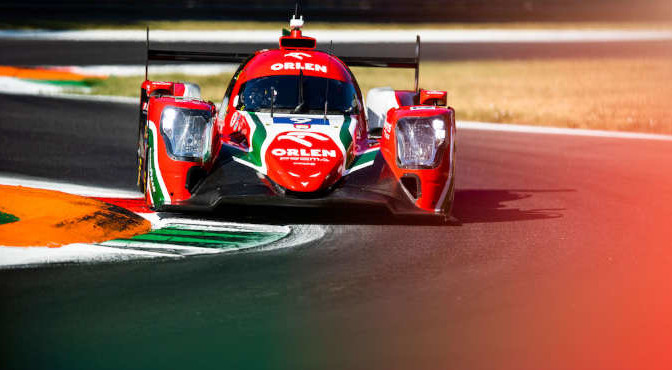 Prema ORLEN Team will race for the first time in Japan this weekend. The #9 Oreca 07 LMP2 racecar is set for round 5 of the 2022 FIA World Endurance Championship at Fuji Speedway with Lorenzo Colombo, Louis Delétraz, and Robert Kubica sharing driver duties at the historical circuit.
The team is coming from a positive showing in the European Le Mans Series as it took a dominant win in the 4 Hours of Barcelona. The goal for the upcoming run at Fuji is to keep the good momentum, minimize the chance for mistakes and fight back after a sixth-place finish at Monza, in an effort to solidify or even improve the team’s third place in LMP2 points.
The high-speed venue, located at the foot of Mount Fuji in Oyama, Shizuoka prefecture, was built in the early 60s and soon became an iconic destination for sportscar racing. It assumed its current 4.653-kilometer layout in 2005 when it was revamped to FIA Formula 1 standards, and features a long straight and a wide variety of corners.
For the WEC, it will be a welcome return after the pandemic and subsequent travel restrictions forced to cancel the trip during the 2021 season.
Kubica will return there after his second place in the 2008 Formula 1 Grand Prix of Japan. The 37-year-old Pole is looking to rekindle that chemistry in a new discipline. Delétraz and Colombo, on the other hand, will be in Japan for the first time. The 25-year-old Swissman is aiming to add more silverware to an already-successful season, while the 21-year-old Italian wants to confirm his frontrunner status as he heads into the final part of his maiden endurance racing experience.
While the team looks forward to a positive outcome for the new challenge, everyone at Prema ORLEN Team is proud to hit another milestone in their latest endeavor.

Rene Rosin – Team Principal
“Our endurance programme is taking us to some amazing new places this year, and stepping foot in Japan is another incredible opportunity. The build up had its challenges with moving cars, components and people so far across the globe, but we are fully prepared and ready to this exciting new adventure. In addition, the result we achieved in Barcelona will also act as a catalyst and a motivator to carry the momentum into Fuji.”