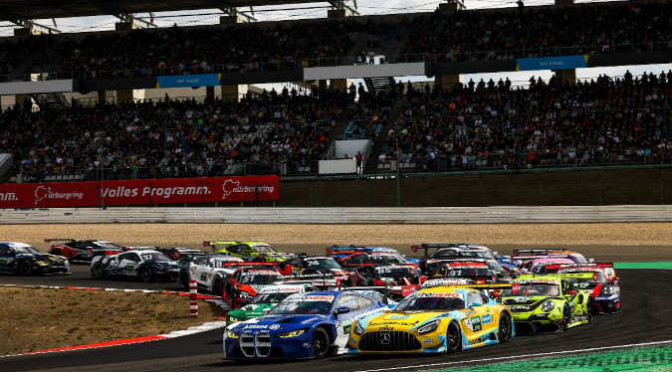 La Source, Eau Rouge, Raidillon, Blanchimont – these are all parts of the Belgian Grand Prix circuit of Spa-Francorchamps that instill respect and a certain awe in every racing driver. They are not just famous, they are a real challenge for man and machine first and foremost. When DTM is staging the sixth round of its season in Belgium this weekend (9-11 September), the DTM stars are under pressure, too. Spa-Francorchamps is a circuit at which driving abilities and a healthy dose of courage count more than at most other race tracks. At 7.004 kilometres, the Ardennes roller coaster is also the longest track on the DTM calendar on which no other circuit has a difference in altitude of one hundred metres either.

Every one of the 27 DTM aces knows the Spa-Francorchamps circuit. The world’s most famous corner, Eau Rouge, the breath-taking left-and-right combination in the compression, preceded by the long run down from La Source hairpin and followed by the monumental Raidillon section: one of the biggest challenges in motorsport. Flat-out or slightly lifting after all, that is the question here. The Grand Prix circuit to the south-east of Liège, not far away from the German-Belgian border, is presenting itself with a partly new track surface and, much to the delight of the spectators, with an impressive new grandstand providing an unparalleled view of Eau Rouge and the Raidillon.

Since the start of the series in 1984, Belgian has been part of DTM history with circuits, drivers and teams. Spa-Francorchamps is hosting a DTM round for the third time after 2005 and 2020 and two drivers have a home round there: Laurens Vanthoor with the SSR Porsche and Esteban Muth with the Walkenhorst BMW. Just like at Zolder last year already, Muth is getting support from the Belgian royal family. Princess Delphine de Saxe-Coburg, daughter of former King Albert II, has created a new livery for the #10 BMW M4 that will be shown in public for the first time when the car goes out at the start of first free practice at lunchtime on Friday (12.15pm).

Sheldon van der Linde is the “man of the moment” in DTM. At Nürburgring, the South African already secured his third win of the season with the Schubert BMW while none of the other drivers has more than one victory and his main rival Mirko Bortolotti is still waiting for his maiden win. With 110 points, the 23-year-old is in first place of the drivers’ standings prior to the eleventh and twelfth race of the season. He is 21 points clear of Italian Mirko Bortolotti (GRT Lamborghini) who missed out on 28 points at Nürburgring. Lucas Auer (AUT, 85) with the WINWARD Mercedes-AMG has toppled three-time DTM champion René Rast (GER, 81) with thew ABT Audi from third place, Luca Stolz (GER, 73) has moved up into fifth place behind Rast following his victory in the Sunday race with the HRT Mercedes.

In Belgium, DTM is staging a first-class motorsport programme as well with a total of seven race series and 14 races. Obviously, the focus is on DTM while the talent pool DTM Trophy, the DTM Classic Cup primarily with former DTM cars from the years between 1984 and 2007 also provide the best sporting entertainment just like the entry-level one-make series BMW M2 Cup, ex-Formula 1 cars from MAXX Formula, Ferrari Club Deutschland Racing Series and Lotus Cup Europe.

Tickets starting at ten Euros (Friday) can be ordered from the DTM Ticket Shop (tickets.dtm.com) and the DTM Ticket Hotline (+49 1806 991166). In the German-speaking region, ProSieben is broadcasting the races on Saturday and Sunday (race start at 1.30pm CEST on both days) live from 1pm CEST onwards. Races and qualifying sessions of all series will be streamed live at DTM TV (tv.dtm.com). All information and latest results from DTM can be found on the official website DTM.com.