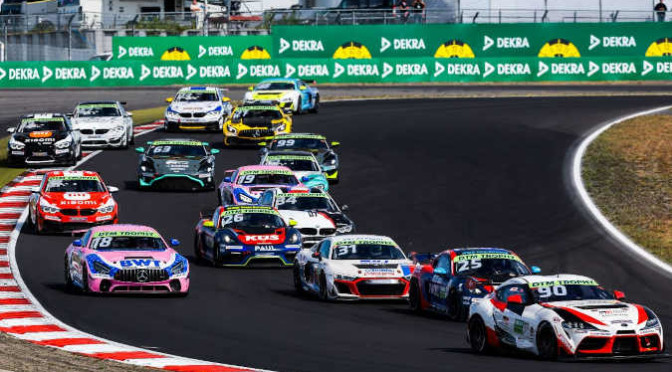 Spa-Francorchamps is known as a race track separating the men from the boys. Especially for the drivers in the talent pool DTM Trophy, the ninth and tenth race of the season at the 7.004 kilometres long Grand Prix track in the Ardennes will be a real test. One who can take on this challenge in a relaxed way is Tim Heinemann. He already knows the undulating Belgian circuit from the inaugural year in DTM Trophy when he laid the foundation for his title win with a pair of second places at Spa-Francorchamps. Moreover, the 24-year-old German from the Toyota Gazoo Racing Germany powered by Ring-Racing team is heading to Belgium as the leader in the drivers’ standings of the talent pool on the DTM platform, and he does so with a considerable points’ margin.

The inaugural DTM Trophy title winner is 39 points ahead of his main rival, Dutch driver Colin Caresani from the Project 1 BMW team. Heinemann is at 151 points, Caresani at 112. Another 35 points in arrears, Brazilian Thiago Vivacqua (77) from Audi team Heide-Motorsport is in third place. However, it can only be a preliminary decision, if at all, because there is still a maximum of 174 points up for grabs in the six races still remaining (25 per race, three each in qualifying and one each for the fastest race lap).

With a pair of wins during the season opener at DTM Lausitzring Turn 1 powered by Autohero, Heinemann already laid the foundation for his current points’ lead. Most recently, the German, who made the transition from virtual to real-world motor racing, added another two wins at Nürburgring. These were two home wins for his team Ring-Racing with Uwe Kleen at the helm, based in Boxberg near the Nürburgring. In spite of running only one Toyota Supra in the DTM Trophy field, Toyota Gazoo Racing Germany powered by Ring-Racing, as the official team name reads, is second in the teams’ standings with 150 points, trailing Project 1 with 167 points and ahead of BWT Mücke Motorsport (109), both teams having two cars in the field.

Selleslagh Racing Team, or SRT for short, has at least a theoretical home advantage. The outfit with its headquarters in Berlare to the north-west of Brussels is running a Mercedes-AMG for Alexander Papadopulos. The 23-year-old American with Greek descent finished in the points for the second time this year last time out during the Nürburgring Sunday race.

The DTM Trophy races start at 3.15pm CEST both on Saturday and Sunday and will be broadcast live on Servus TV. Moreover, both races will be streamed at DTM TV (tv.dtm.com).