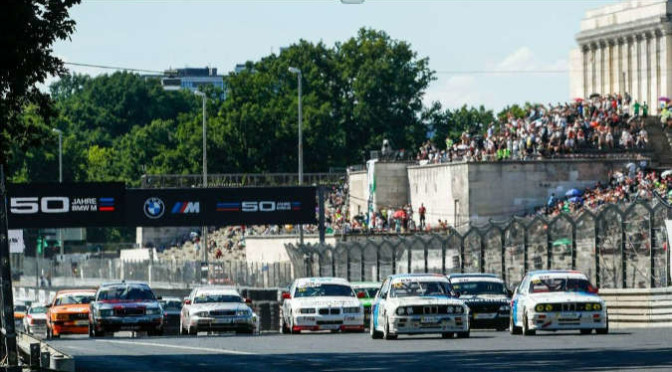 Since its premiere in 1984, the DTM has written a long and still lively history. While the DTM is currently in its 36th season with a record number of entrants, the DTM Classic Cup thrills lovers of historic touring cars. The history of the traditional series is well alive, and very much so! When the DTM Classic Cup will be in action as part of the traditional AvD Oldtimer Grand Prix at the Nürburgring from 12 to 14 August, the up-and-coming racing series for touring cars particularly from the DTM era from 1984 to 2007, will shine with an almost historic starting field – with 34 race cars from six brands, with 42 drivers, including seven former DTM stars. The start of the DTM Classic Cup at the AvD Oldtimer Grand Prix, the top-class classic event at the legendary Nürburgring, is a one-off guest appearance outside the four race weekends on the 2022 DTM schedule.

With 34 touring cars, it is the largest starting field of the season. In addition to Audi, BMW, Ford and Opel already competing, three Volvos will be joined for the first time by a Mercedes 190 EVO2. And at the wheel of this classic car from the early years of the Stuttgart factory’s involvement at the end of the 1980s and beginning of the 1990s is someone who has won the hearts of DTM fans with remarkable success and a great deal of sympathy: Roland Asch. The DTM runner-up from 1988 and 1993 alternates with Markus Wüstefeld (GER) behind the wheel of the Mercedes. In addition to Asch, the race gladiators of days gone by, who show time and again in the DTM Classic Cup that they have by no means forgotten how to push on the throttle, also include Prince Leopold of Bavaria, Kris Nissen, Marc Hessel – third-placed in the 1987 DTM – as well as the inaugural DTM champion Volker Strycek and Olaf Manthey. The former runner-up, who is based near the Nürburgring, is looking forward to his home race in the Schumann brothers’ BMW 635 CSi, the oldest touring car in the field.

The autographs of the former DTM heroes are much sought-after but even more so are the entertaining stories they have to tell. The cars also tell stories, each one has its own history. For example, the breathtaking Opel Calibra that Formula 1 World Champion Keke Rosberg once raced in DTM. Or the brawny Ford Mustang V8 GT in which Gerd Ruch from Berlin once became a fan favourite and in which Guido Momm from Kelberg near the Nürburgring now competes at his home track. Or the BMW M3 from the successful Schnitzer factory team, driven then and now by Dane Kris Nissen. In the nineties, Uwe Alzen drove the Opel Vectra in the original Warsteiner design, in which Gerhard Füller celebrated a great victory in the DTM Classic Cup at the Norisring in front of a large crowd. Or the newly rebuilt BMW M3 formerly driven by Hans Kalaschek, now driven for the first time by Philipp Kennewell who otherwise competes in the DTM Classic DRM Cup with a BMW 3.0 CSL.

The DTM Classic DRM Cup is the second race series for historic racing cars by the DTM organisation ITR, newly introduced at the beginning of the year, reserved for the race cars of the Deutsche Rennsport-Meisterschaft (DRM) of the seventies. Only a fortnight after the AvD Oldtimer Grand Prix, namely from 26 to 28 August, the DTM Classic DRM Cup will once again present top-class historic motorsport in the Eifel region. In addition, the world’s best drivers from DTM, the talent pool of DTM Trophy and other racing series will be starting. Visitors to the AvD Oldtimer Grand Prix can even get a 15-per-cent discount on tickets for the DTM Nürburgring powered by Mercedes-AMG on site.