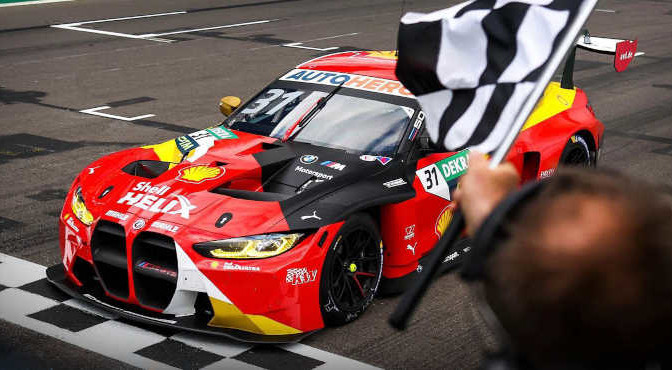 In time for the start of the second half of the DTM season (Nürburgring, 26 till 28 August), the charity football match “Champions for Charity”, an initiative by basketball player Dirk Nowitzki and Formula 1 driver Mick Schumacher, the son of motorsport legend Michael Schumacher, will be held in the Waldstadion in Frankfurt on 24 August 2022. The initiators receive considerable support from ING Germany. It is the fourth edition of “Champions for Charity”, the most recent football match for the good cause having been held in 2019.

“A match, fun, excitement and doing something good at the same time, it couldn’t be more perfect,” Frederic Elsner, director event & operations of the DTM organisation ITR, delights. “For us, it is an honour that we are allowed to be part of this great project. By now, Champions for Charity has not only become an institution, but also has a certain tradition and is known well beyond the German borders. The line-up is overwhelming already at this stage and I am really looking forward to the event that also serves as the ‘kick-off’ for the second half of the DTM season.”

“I am really happy that DTM and some drivers are supporting our ‘Champions for Charity’ match. We as motorsports people would like to show the football players in Frankfurt what we can achieve on the on the pitch; after all, on the track is where our specialty is,” Haas driver Mick Schumacher says.

Basketball player Dirk Nowitzki: “This will be another great event in honour of Michael Schumacher with many champions, numerous goals and a programme for the entire family. We are delighted with the many commitments by top athletes and we are already working hard on the line-ups of the teams.”

A highlight for fans and families: fan area and autograph session

In front of the stadium, a fan area with games, live music and an autograph session is awaiting the visitors in the afternoon. Admission time, programme and the start time of the match will be announced at www.champions-for-charity.de and www.dtm.com. Tickets for the late-summer highlight are available from 10 Euros (reduced 7 Euros) on the website www.champions-for-charity.de. Proceeds of the match will benefit social projects by the Dirk Nowitzki Stiftung and the Keep Fighting Foundation of the Schumacher family.