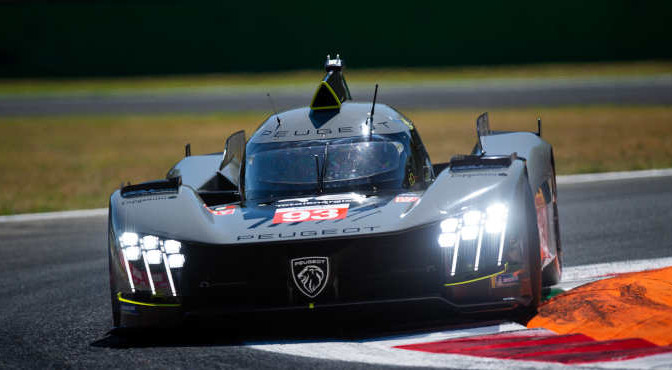 Glickenhaus Head FP1 at Monza as Porsche lead Ferrari in LMGTE Pro….  Romain Dumas set the pace at Monza as the track action for round four of the 2022 FIA World Endurance Championship kicked-off with FP1 this afternoon.

In hot and sunny conditions, the three-time Le Mans winner lapped 0.6s clear of the Alpine driven by Andre Negrao.

The session saw the first glimpse of the all-new Peugeot 9X8 Hypercar and it was a strong start for ‘The Lion’ marque as it placed third ahead of the two Toyota GR010 Hybrid Hypercars.

The Headlines from FP1 at Monza…..

· Toyota Gazoo Racing are fourth and fifth as Le Mans winning team see the No.8 Toyota GR010-Hybrid Hypercar just lap faster than No.7 machine by 0.2s

· No.94 Peugeot 9X8 driven by James Rossiter in session is confined to pits for most of the 90-minutes and places sixth in Hypercar

· But battle in class is set to be tight as AF Corse Ferrari place second with No.52 car driven by Miguel Molina and Antonio Fuoco are just 0.3s in arrears of the leading Porsche. Fuoco sets best time.

· No.91 Porsche is fourth as Gimmi Bruni lays down a 1m47.745s lap. Bruni’s teammate this weekend is Frederic Makowiecki who is a late replacement for the ill Richard Lietz

· No.83 AF Corse tops the LMP2 times as home hero Alessio Rovera stops the clocks on a 1m39.973s lap in the early phase of the session in car he shares with Francois Perrodo and Nicklas Nielsen

· Norman Nato put the Realteam by WRT entry in to second place on a 1m40.22s lap on final tour of session

· No.22 United Autosports USA machine places fifth as a 1m40.477 is achieved by one of last year’s LMP2 winning drivers Filipe Albuquerque