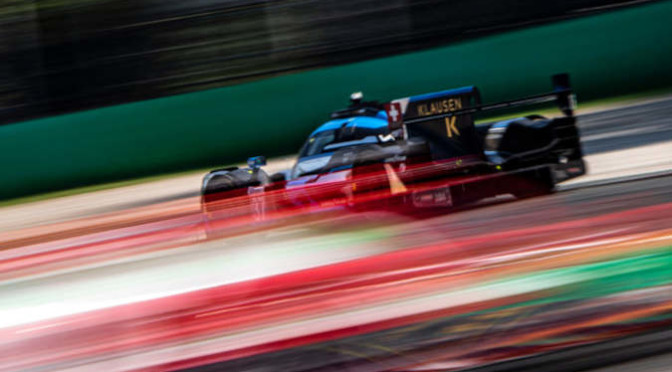 19-year-old Trier-based driver Niklas Krütten ended round three of the European Le Mans Series (ELMS) in Monza, Italy, in eighth place with the COOL Racing team. After a strong start, with almost 30 laps spent leading the race, a technical issue and a total of 30 seconds of time penalties saw the team drop back through the field, denying them the possibility of a podium finish. In the end, they crossed the finish line 31.790 seconds behind the winning car. In the overall standings, COOL Racing and its three drivers Nicolas Lapierre (FRA), Yifei Ye (CHN) and Niklas Krütten currently lie fifth in the LMP2 class.

The start could hardly have gone better for Krütten. From fifth on the grid, the former ADAC Stiftung Sport driver showed all his class to climb into second place by the time he exited the first chicane. Thanks to a series of very fast laps and some smart tactics, Krütten took the lead on lap four of the 5.793-kilometre track in Monza. Of the 28 laps that the team spent leading the four-hour race, the young German driver was at the wheel of the #37 Oreca 07 Gibson LMP2 car for 24 laps.

Unfortunately, the team suffered a set-back in the form of a technical issue: During Krütten’s first pit stop, the engine started, due to a faulty sensor. This resulted in a 10-second penalty. After 32 laps, Krütten came in for his second stop and handed over to COOL Racing owner and fellow driver Nicolas Lapierre. As the race progressed, the team was handed another 20-second penalty for exceeding the speed limit under full course yellow conditions. The team was unable to recover from this set-back and eventually had to settle for eighth place.

Niklas Krütten: “That was a very tough race for us. Although I had a great start to the race and came through from fifth place to lead the race, we were then struck by misfortune during the first pit stop. A sensor failure caused the engine to start during the service. We were handed a 10-second stop-and-go penalty for that. We were also too fast under FCY on one occasion, for which we were given another 20-second penalty. For some reason, luck was not on our side today. The team once again did a super job and the car was fast. However, 30 seconds is too much to make up against this strong opposition.”

Krütten can now look forward to a four-week summer break before the next round of the ADAC GT Masters at the Nürburgring from 5th to 7th August, when he will line up in a BMW M4 GT3 for Schubert Motorsport. The next ELMS race takes place on 28th August in Barcelona.