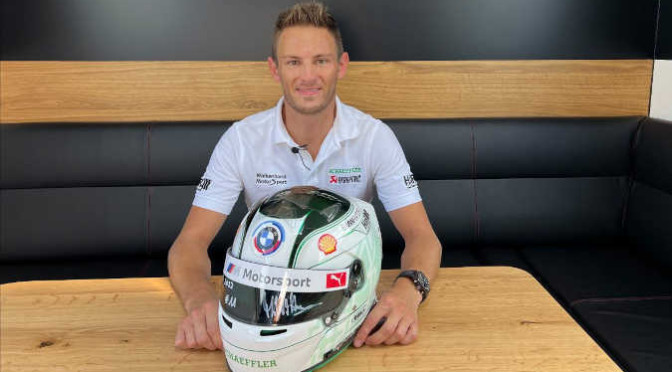 In line with the charity partnership between DTM and the international research foundation Wings for Life, BMW works driver Marco Wittmann is donating his BMW M anniversary helmet. For Wittmann, DTM Norisring powered by BMW M is a very special race as he is living only a few kilometres away from the temporary circuit in Nuremberg. Last auction, the helmet of reigning DTM champion Maximilian Götz was purchased at auction for 5,100 Euros. The proud new owner is a motorsport fan from the German region of Middle-Hesse.

“Wings for Life is a good cause. I was a cycle racer myself for a long time and there are several people I know who have spinal cord injuries and are now dependent on assistance. Hopefully, there will be a solution for such injuries sooner or later” says the businessman.

The DTM organization ITR is supporting Wings for Life and provides an auction object during every race weekend that can be purchased at auction through United Charity, with 100 percent of the proceeds going to the foundation.

The next object on auction is the helmet of Marco Wittmann that will be handed over to the highest bidder during the official prize-giving ceremony of the DTM event at Nürburgring (26 till 28 August), with two DTM tickets included.

“For me, it is a very special helmet. This year, we are celebrating 50 years of BMW M and therefore, the special BMW M logo is on the helmet only this year. On the side, you can see my starting number, number 11 as a logo. And many more nice gimmicks such as a green-and-black carbon element on top and, of course, my signature has to be on it, too,” two-time DTM champion Marco Wittmann describes the one-off item. “I have been involved in the Wings for Life foundation myself for a long time already and I already participated in the Wings for Life World Run, too.” The current auction ends on 14 August 2022. All information and a link to the auction can be found at DTM.com.

Next to Maximilian Götz’s (Mercedes-AMG Team WINWARD Racing) helmet, a champion’s overall from René Rast (Team ABT) and a helmet from Kelvin van der Linde (Team ABT Sportsline) were already purchased at auction. Total proceeds amount to 12,500 Euros.