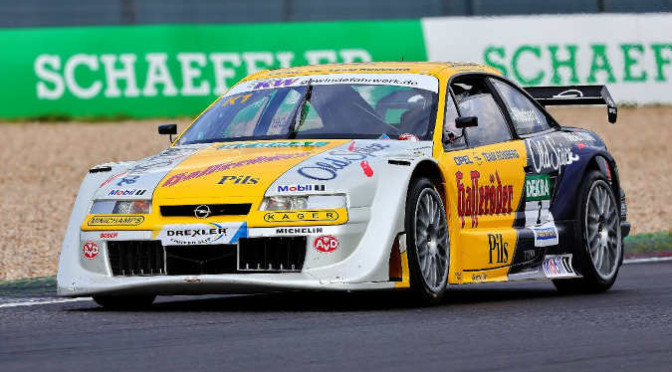 Norisring. The race track in Nuremberg with its long tradition will serve as the venue for a gala to celebrate the unique history of DTM this weekend (1 till 3 July). Seven former DTM heroes and 24 classic touring cars from the era between 1984 and 2007 will be gathering for the high-speed reunion that is round two of the DTM Classic Cup, with rally legend Walter Röhrl joining in as an interested observer on Sunday. Prince Leopold of Bavaria will be particularly in focus. The great-great grandson of King Ludwig I will be pushing as hard as ever with the BMW, not in any way impeded by his 79th birthday he celebrated only a few days ago. Moreover, “Poldi” will be meeting his old friend Hans-Joachim Stuck at Norisring again, too, the latter having already put in a great show around the stone grandstand last year with his former title-winning DTM car, the Audi V8 owned by Anton Werner.

Prince Leopold of Bavaria was already on the grid for the inaugural DTM race in Zolder in Belgium in 1984 and had full-season campaigns in DTM from 1988 until 1992. For the aristocratic Bavarian, Norisring has always head a special meaning as he also raced a BMW M1 and a Porsche 956 there. With the Porsche, he scored one of his best achievements by finishing fourth in the 1984 Le Mans 24 Hours. In the DTM Classic Cup, “Poldi”, as he is known in a down-to-earth way not just in the paddock, is alternating with his friend Marc Hessel, third in the final standings of the 1987 DTM, behind the wheel of the Donner & Reuschel BMW 320i run by 2.0 Automotive and suitably adorned with Bavarian rues.

Next to DTM and DTM Trophy, DTM Classic is yet another highlight for the spectators: 24 classic touring cars with a total of 28 drivers from seven nations, each with its own history. In the paddock, the fascinating cars can be admired up-close. The legendary drivers can be found there, too. On Sunday, even rally legend and ex-DTM driver Walter Röhrl will be present and, among others, will meet the BMW 2002 Turbo by Schnitzer Classic again, the car he raced in the “200 Meilen von Nürnberg” in 1977.

Among the secret stars in the field are also the brawny Ford Mustang with which Gerd Ruch thrilled the DTM fans back in the day, the incredibly high-revving Opel Calibra V6 4×4 with which the brand from Rüsselsheim enjoyed a clean sweep of the top five at Norisring in 1996, and the Opel Astra V8 Coupé driven by Klaus Hoffmann and Tim Schrick, the car in which Joachim Winkelhock claimed pole position at Norisring in 2000 and that was equipped with spectacular gullwing doors after that. The Mustang, on loan from its owner Guido Momm for the Norisring spectacular, and the Calibra are both run by BWT Mücke Motorsport, with ex-DTM driver Stefan Mücke and Ronny Scheer alternating in the two races.

With a total of 14 BMWs, the brand from Munich has a particularly strong representation in Nuremberg. BMW Classic is even submitting “Mr. Norisring” Bruno Spengler to the Franconian metropolis, where the former DTM champion, the Norisring record winner with five DTM wins, will be driving the BMW 320i of ex-DTM driver Johnny Cecotto. The Canadian even envisages a podium finish. With his former BMW M3 from the Schnitzer days, Dane Kris Nissen is returning to Norisring where he was victorious in DTM with the Alfa Romeo 155 V6 Ti run by the team of Horst Schübel from Nuremberg in 1994. Former DTM runner-up Olaf Manthey will be racing a BMW 635 CSi together with Peter Schumann. With their BMW M3, meanwhile, father Herbert and brother Nico Wittmann are following in the footsteps of Marco Wittmann, the most successful family member with two DTM titles, who is keen to achieve a massive points’ haul in DTM with Walkenhorst Motorsport’s new BMW M4 in front of his home crowd.

The two DTM Classic Cup races get underway on Saturday at 4.55pm and on Sunday at 4.15pm and can be watched live on the online stream at DTM Grid (grid.dtm.com), just like the two qualifying sessions.