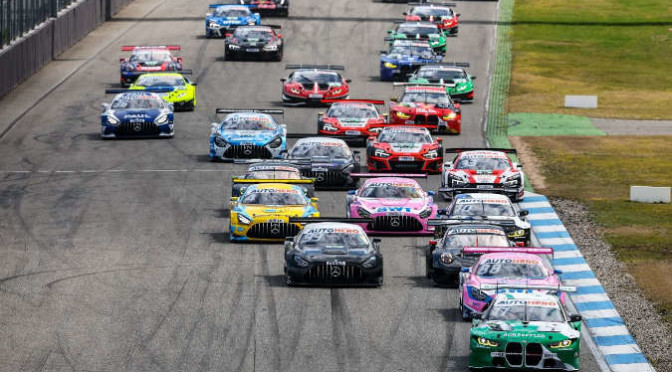 The spectacular entry by record world rally champion Sébastien Loeb, the comeback by three-time champion René Rast, the historic entry by Porsche – DTM is writing many spectacular stories during its season opener at the Portuguese Formula 1 track of Portimão this weekend (29 April till 1 May). The 2021 season, the first year with GT3 regulations, was thrilling from the first till the final race. Now, DTM, watched all over the world, is gearing up for a record season: 29 race cars, more than ever before since the DTM’s comeback in 2000; six high-quality brands, a number last seen in the 1990s, and drivers from 15 nations, another record.

The record speaks for itself: nine-time world rally champion Sébastien Loeb is an extraordinary phenomenon behind the wheel, and not just on gravel. The 48-year-old Frenchman has already proven his exceptional skills at the circuit, too. Now, he is facing a new challenge and will be up against the best GT drivers with the Ferrari 488 from the Red Bull AlphaTauri AF Corse team. “DTM is a very high-classed racing formula, the level of the drivers is really strong,” Loeb says. For Loeb, who is stepping in for regular driver Nick Cassidy from New Zealand during the season opener at Portimão, a point-scoring finish would already be a remarkable success as the competition is enormous. And it doesn’t stop there: Loeb even is on double duty at Portimão, both as a driver and as a team principal. At Portimão, his team Sébastien Loeb Racing is participating in the TCR Europe touring car series, part of the support programme together with Spanish Formula 4 and the Classic Endurance Racing series.

Next to Loeb, a unique star ensemble is gathering in DTM. Dane Nicki Thiim (Lamborghini Huracán, T3 Motorsport), the son of Kurt Thiim, a DTM legend and the 1986 champion, Belgian Laurens Vanthoor (Porsche 911, SSR Performance) and German Maro Engel (Mercedes-AMG Team GruppeM) have won 14 titles from the global motoring federation FIA between them. And the rest of the field includes 16 further international titles, 28 wins in endurance racing classics and six DTM titles. The focus is very much on the most successful DTM driver in recent years, who is returning after a one-year absence as a driver: René Rast with the Audi R8 run by the ABT Sportsline team. Like Rast, reigning champion Maximilian Götz also has great respect for the renowned competition. The title defence by the Mercedes-AMG driver, who has made the transfer from HRT to WINWARD, is by no means evident.

Audi, BMW, Ferrari, Lamborghini, Mercedes-AMG and Porsche – this brand variety promises thrilling duels at the eight circuits where the 2022 DTM is racing. Ferrari has submitted Brazilian Felipe Fraga for the title battle. BMW is also keen to win the title. Back in 2016, Marco Wittmann won the last DTM title to date for the manufacturer from Munich. The two-time champion and his three fellow BMW drivers from the Schubert Motorsport and Walkenhorst Motorsport teams rely on the new BMW M4 that shone with some good results recently. Audi has also optimised its R8 with the second evo package. There are six R8s in the field, one of them raced by Marius Zug (Attempto Racing), the youngest DTM rookie at 19, who surprised by posting the fastest time in the official test days at Hockenheim.

Only one year older is David Schumacher, the son of ex-Formula 1 driver Ralf Schumacher, who is racing one of the eight Mercedes-AMGs. Among the six Lamborghini drivers is the only female racer in the field, Britain’s Esmee Hawkey, who already scored her first DTM points in 2021. Next to two Ferraris, the field also includes three Porsche 911s for the first time. The legendary sports car from Zuffenhausen, run by SSR Performance and KÜS Team Bernhard with world endurance champion and Le Mans winner Timo Bernhard as the team principal, is adding a historic milestone in the 36th DTM season. For the first time since the glory days of the Deutsche Rennsport-Meisterschaft (DRM) in the 1970s, Porsche is challenging for the title in a championship with German roots.

“So many cars, so many great drivers: this promises to be an extraordinary DTM season with sporting achievements at the highest level and an outcome that is fully open,” Frederic Elsner, director event & operations of the DTM organisation ITR can hardly await the start of the season. “The fans at the race tracks and the viewers in front of the screens can look forward to a breath-taking motorsport spectacular.”

At Portimão, the first major task is awaiting the world-class drivers. After all, the 4,653 kilometres long track is known as a modern undulating circuit with inclines of up to 12 percent and descents of over six percent as well as 15 corners full of variety. Imola is also new on the calendar while Spa-Francorchamps and Red Bull Ring are international highlights. DTM already has its first event in Germany with the second round at Lausitzring, including the Turn 1 spectacular, from 20 till 22 May. Other German rounds are held at the Norisring in Nuremberg, the Nürburgring and the Hockenheimring finale.

In 2022, DTM is a global motorsport event again. In the German-speaking region, the 16 sprint races will be shown live on ProSieben for the first time (always from 1pm CEST onwards, but as an exception on Saturday 30 April already from 12.30pm CEST). Moreover, ServusTV is expanding its coverage. Additionally, the DTM races are also broadcast on all continents worldwide. All the practice sessions can also be watched on the DTM Grid online stream (grid.dtm.com), also on smartphones. Extensive information can be found on the DTM.com website. Tickets for all the races are available from the DTM Ticket Shop (tickets.dtm.com), the DTM Ticket Hotline (+49 1806 991166) and eBay.de.