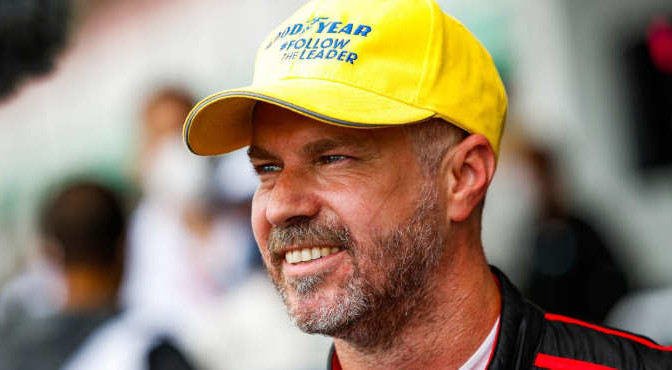 Season five of the WTCR − FIA World Touring Car Cup is also Tiago Monteiro’s 11th in a row with Honda power. Having recovered from the bacterial chest infection that forced him to miss last season’s finale, the Portuguese, 45, starts 2022 with a new team, LIQUI Moly Team Engstler, but the same long-term team-mate, Attila Tassi, while his Goodyear-equipped Honda Civic Type R TCR is also tried and tested.

This is what the former Formula One podium finisher has had to say ahead going racing at Circuit de Pau-Ville from May 7-8.

On recovery from illness…
“My recovery has gone very well. I had the whole month of December off, really relaxing as much as possible and recovering slowly. By January I was able to start pushing my body and its limits a little bit more. Already that was going well − I still felt a little bit more tired than usual, but nothing more than that − and by mid-February I was completely back to normal. It’s never nice to miss any racing but with hindsight, it was good that it happened at the end of the season so I had the winter to recover. But that period is almost forgotten about now.”

On teaming up with Tassi (again)…
“To continue with Attila is great. We got on very well from the beginning, we are really close, and we work well together. He’s always been quick, but he is younger and at the beginning perhaps was a bit more raw. But now he’s nearly there all the time. He’s pushing me to my limits, which is good, and that’s what you need. It’s positive competition and I welcome that a lot.”

On moving to LIQUI MOLY Team Engstler?
“It’s been great to welcome LIQUI MOLY Team Engstler to the Honda Racing family and to start working with them. It’s a very important deal with a new team, coming to a new brand, and I’m really happy that I’m able to help the team with this transition. I think the choice was good because with my experience I can help to get them integrated in Honda quickly. I’ve been involved in a lot of teams since I’ve been with Honda − first with JAS in the FIA World Touring Car Championship, then with Boutsen Ginion Racing, KCMG, ALL-INKL.DE Münnich Motorsport and now LIQUI MOLY Team Engstler in the WTCR. It’s a great challenge. Engstler have really proved their experience on-track and off-track over many years. It’s a great team, a strong team, and a very professional team.

On working for a former racing rival?
“I raced against Franz [Engstler] in the WTCC for many years, when I started in 2007 he was a competitor. He’s always been a great gentleman and a great professional. Then he became a very good team owner as well, so I’m glad that I’ll finally be able to work directly with him.”

On previous Honda Civic Type R experience?
“It’s the sort of thing you need to have, to be honest. It’s almost mandatory. You can’t arrive in the WTCR without some experience of the brand you’re working with, whether it’s the drivers or the engineers or both. The level is too high, the competition’s too strong and there’s not enough time to learn and improve and get to the standard − you have to be on the ball right away. The great starting point LIQUI MOLY Team Engstler have is how professional and experienced they are, but there are a lot of small details that you can’t know about the car without having worked on it, so my work with Attila and the help from JAS Motorsport has already begun in getting the engineers up to speed as quickly as possible, which is crucial in this pre-season testing period. This is a huge part of our preparation, so I have no doubt we will be ready to go for the first round.”