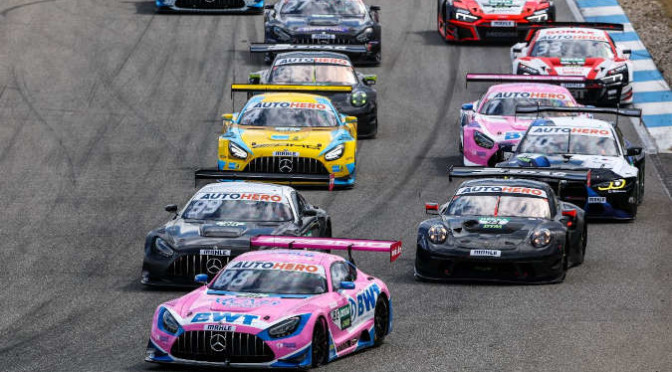 Pure racing fascination: with 29 GT race cars and drivers from 15 nations, DTM is about to get a record season underway. But it doesn’t stop there: with up to seven race series per weekend and a total of 15 different race series, the eight DTM weekends will provide a highly attractive motorsport festival. Next to the long-standing DTM as the top category, the talent pool DTM Trophy and DTM Classic with historic race cars from the legendary DRM and DTM days as well as the BMW M2 Cup as the entry-level race series are the core programme. Motorsport enthusiasts can look forward to a varied experience with racing action all day long, spiced up with numerous attractions like pit walk, autograph sessions, pit view, show stage, esports and much more. Attractive ticket options are available for all race weekends, four in Germany and one each in Portugal, Italy, Belgium and Austria, from the DTM Ticket Shop (tickets.dtm.com), the DTM Ticket Hotline (+49 1806 991166) as well as eBay.de. Extensive information around DTM and all the eight events can be found on the website DTM.com.

“Finally, spectators are admitted back at the race tracks! Now, more than ever, we want to provide a high-class festival for the fans with thrilling motorsport, with DTM as the highlight and with further absolutely thrilling race series, a real power spectacular at the race track, all day long, combined with attractive activities in the paddock. That is making every race weekend a real experience for every fan,” Frederic Elsner, director event & operations of the DTM organisation ITR, emphasises.

DTM is full of action in its 36th season. Audi, BMW, Ferrari, Lamborghini, Mercedes-AMG and for the first time also Porsche: DTM presents a prestigious variety of brands and an outstanding elite of world-class drivers to boot, with countless title wins between them. From 29 April until 1 May, the season of 16 races gets underway at Portimão in Portugal. Seven times, with 14 sprint races in total, DTM Trophy and the newly oriented DTM Classic are present on the DTM platform. A total of 20 ambitious talents in DTM Trophy and 20 drivers and more, some of them veritable legends from days gone by, are presenting themselves in DTM Classic, comprising four rounds of the DTM Cup and three events of the DRM Cup (Deutsche Rennsport-Meisterschaft) for the first time. Six times, the BMW M2 Cup will be present, having already enabled 16-year-olds to get started on the DTM stage in front of an international audience since its debut last year.

TCR Europe with production-based front-wheel driven touring cars and the Lotus Cup Europe, in which the sporting models of the British brand with its long tradition are racing each other, will be present for three events each. The Porsche Carrera Cup, once in the German version and once in the Benelux variety on the DTM platform, is thrilling the fans in the grandstands with the spectacular and powerful Porsche 911 GT3 Cup car. Equally fascinating are the sports cars from Maranello, featuring twice on the DTM support package in the FCD Racing Series. For one race weekend each, there will be a presence by Classic Endurance Racing (CER), MAXX Formula with powerful race cars from categories like Formula 1, IndyCar and Formel 3000, the Spanish Formula 4 championship, MitJet International with its interesting silhouette touring cars and the P9 Challenge, a race series predominantly featuring Porsche sports cars.