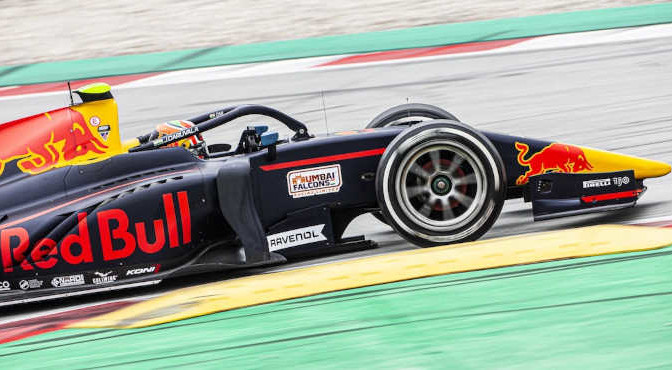 The FIA Formula 2 Championship will be back racing in Europe this weekend, and PREMA Racing will try to make a step forward on one of its home circuits at Imola.

The team showed great potential in the opening two rounds of the series in the Middle East, but while the race pace has been brilliant, a series of circumstances jeopardized its efforts despite having achieved two podium finishes with Jehan Daruvala. Nevertheless, the Indian looked on the rise in Jeddah, where he delivered a brilliant comeback.

Fellow Red Bull Junior Dennis Hauger is looking to continuing his rookie F2 season on a positive note after impressing in last week’s collective testing at Barcelona. One of the toughest racetracks on the calendar, with its ups and downs and fast corners, Imola is one of the best venues in terms of highlighting speed and race craft skills and deliver great excitement throughout the weekend.

The tough 4.9-kilometer Imola venue, featuring challenging corners and elevation changes, has not been hosting the series for a long time, and while PREMA has plenty of experience there from the junior championships, quick adaptation will be key.

Rene Rosin – Team Principal
“We are delighted to be back at Imola, one of the closest tracks to home for us. We worked hard in testing, and we are looking forward to delivering a solid, consistent weekend to score as many points as possible and see what the real potential of the team looks like.”