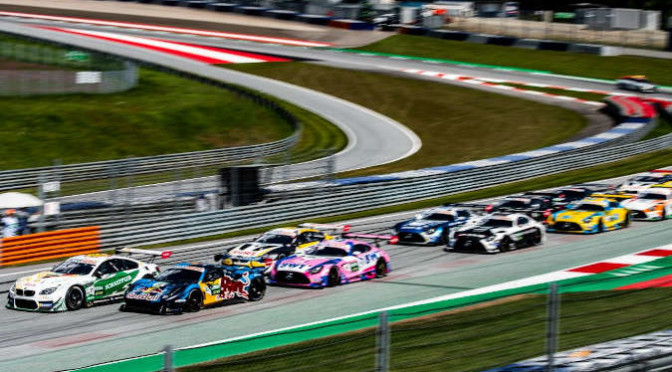 ServusTV is considerably expanding its coverage of the races on the DTM platform. The private broadcasting company with headquarters in Wals-Siezenheim near Salzburg is providing comprehensive 360-degree coverage of the DTM Trophy races, part of the DTM support package, in 2022. As a result, part of the 14 races of the talent pool will be broadcast live on linear television by ServusTV in Germany and Austria while all the races will be shown live on ServusTV On, the video and steaming platform by ServusTV (www.servustv.com). Moreover, ServusTV is showing summaries of the DTM races in Germany and Austria as well as all the races with original sound feed and for the first time also the DTM Classic races on ServusTV On. Next to the summaries on ServusTV, all the races of the 2022 DTM (start always at 1.30pm CEST) will be shown live, in full and exclusively on ProSieben in the German-speaking region with qualifying sessions on ran.de.

“The expansion of the partnership and cooperation with ServusTV is an important milestone and a great addition to our main partner in the German-speaking region ProSieben. ServusTV is offering comprehensive coverage of the DTM with DTM Trophy in particular and DTM Classic as well. With ServusTV and ProSieben, both partners together are delivering 100% spectacular racing action at home for free, both on linear television and on the various channels of the digital world,” Benedikt Böhme, managing director of the DTM organisation ITR, underlines the great significance of the new agreement with ServusTV. Martin Tomczyk, DTM Trophy series’ manager, adds: “It is great that, in ServusTV, we have a TV partner with huge sporting authority and an excellent reach for DTM Trophy. For teams and drivers of our talent pool, comprehensive TV presence and visual communication are elementary in their further development.”

David Morgenbesser, head of sporting rights and distribution, is also considering the comprehensive 360-degree coverage of the DTM Trophy in particular, but also of DTM as the top league as well as DTM Classic, as a logical step within the framework of this strategic partnership: “DTM has a long tradition, especially in the German-speaking region, but also internationally. Therefore, I am even more delighted that we can not only present all the races of the top league live on ServusTV On, but can also give the fans in Germany the opportunity to watch the highlights of the races on TV as well as the DTM Trophy races. Herewith, ServusTV is making another decisive step to becoming the new ‘home of motorsports’ in Germany with the largest motorsport portfolio on free-to-air TV.”

All the DTM Trophy races start directly after DTM at 3.15pm CEST. Both for DTM Trophy and DTM Classic, split up in DTM and DRM Cup, the new season gets underway at DEKRA Lausitzring Turn 1 from 20-22 May. Three weeks prior, from 29 April until 1 May, DTM is starting its season of 16 races at Portimão in Portugal.