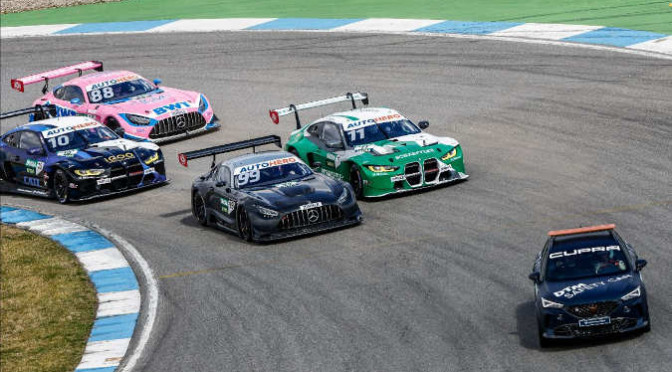 Challenger brand CUPRA, the sporty brand of Spanish car manufacturer SEAT founded in 2018, is providing the official cars in DTM for the first time in the 2022 season. The deal encompasses a total of six vehicles: two safety cars, two race control cars, one medical car and one leading car. The new CUPRA Formentor VZ5 with a 450 hp strong five-cylinder turbo engine, will be used. The special element: the sporty SUV is limited to 7,000 units for all of Europe. Part of the new DTM fleet can be seen during this week’s test days at Hockenheim, the first official outing will follow during the season opener at Portimão from 29 April until 1 May.

Benedikt Böhme, managing director of the DTM organisation ITR: “In CUPRA, we have found a partner for our official cars that is as highly professional as it is exciting. With its looks and its handling characteristics, the sporty SUV is a perfect match for us. Next to the safety aspects at the track, there will be regular activations of the official cars for our fans and spectators, both on-site and on our digital channels.”

The DTM version of the Formentor VZ5 features a tuning by ABT Sportsline GmbH. As a result, the engine can deliver an output of 331 kW (450 hp) and the car brings a top speed of 270 km/h to the race track. With the tuning measures, the maximum torque has been increased by 50 Nm to 530 Nm. That enables the CUPRA Formentor VZ5 to accelerate from 0 to 100 km/h in 3.9 seconds.

“We are delighted and we are hugely proud of being allowed to take on such an important role as the DTM’s Official Car Partner with our brand that is only just four years young,” says Bernhard Bauer, managing director, SEAT Deutschland GmbH. “Racing is part of CUPRA’s DNA. The fact that we are now ensuring the safety at the track and with the leading and safety car will be allowed to at least occasionally be leading the field every now and then is a great thing and enhances CUPRA’s awareness.”

Since the CUPRA brand was founded in February 2018, all the previous motorsport activities by SEAT have been running under the banner of the the challenger brand. The name CUPRA has been composed from the English designation “Cup Racer”. This year, CUPRA is on the grid with the CUPRA Leon Competición in numerous national and international TCR race series. With the fully-electric CUPRA e-Racer, the brand is also participating in FIA ETCR as the defending champion. Together with ABT Sportsline, the ABT CUPRA XE team is competing in the sustainable electric race series Extreme E with the two Dakar Rally winners Jutta Kleinschmidt (GER) and Nasser Al-Attiyah (QAT).

The CUPRA Formentor VZ5 will be present for all the 16 DTM races and the 14 DTM Trophy races in 2022. The races of the 2022 season will be broadcast on ProSieben in the German-speaking countries for the first time. Every race starts at 1.30pm CEST.