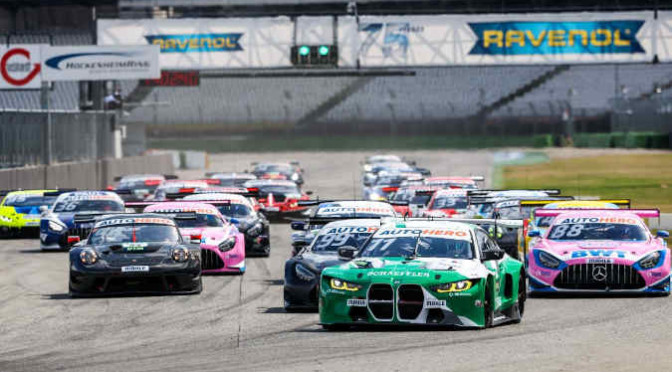 Twice an Audi on top: on both days of the official DTM test at Hockenheim, an Audi driver posted the fastest time. Two-time runner-up Nico Müller (SUI) topped the timing sheets on the second day with a time of 1m 38.532s in the Team Rosberg Audi R8. On the previous day, 19-year-old Marius Zug (GER/Attempto Racing) had been even faster with 1m 38.344s. Behind Zug and Müller, Lamborghini driver Mirko Bortolotti (ITA/Grasser Racing Team) was next up in the combined results of the two days with 1m 38.644s, followed by three-time DTM champion René Rast (GER/1m 39.682s), who is making his comeback in the long-standing series with the Team ABT Audi following a one-year absence.

29 drivers ensured there was plenty of action at the 4.574 kilometres long Hockenheimring with a total of 3,804 laps between them, even though the weather conditions on both days only allowed for brief dry spells enabling good lap times. On 26 and 27 April, the second official DTM test will follow at Portimão. Subsequently, from 29 April until 1 May, the Portuguese Grand Prix circuit will also be hosting the first two of the 16 sprint races of the 36th DTM season, all broadcast live on ProSieben in the German-speaking region.

Much attention from fellow drivers and fans alike went to nine-time rally world champion Sébastien Loeb (FRA), who shared the Red Bull AlphaTauri AF Corse Ferrari with New Zealander Nick Cassidy. During the season opener, Loeb will be standing in for Cassidy who has clashing commitments. Cassidy and Loeb were busy and completed 194 laps between them in the Ferrari 488 with starting number 37. The most prolific driver was Belgian Esteban Muth with 195 laps in the new BMW M4 run by Walkenhorst Motorsport. Another driver to deliver a good performance in the Hockenheim test was 20-year-old David Schumacher, the son of ex-Formula 1 driver Ralf Schumacher. With the Mercedes-AMG of the WINWARD team, the DTM rookie ended up in 24th place with a time of 1m 39.916s. How close the high-quality field was during the test already became apparent by the fact that the lap times of almost all of the 29 drivers were within just one and a half second.

“These two DTM test days at Hockenheim and the preceding DTM Trophy test day made our anticipation for the season even bigger. Even though the weather didn’t quite play along, the teams and drivers used almost every minute. The DTM field is simply mega with 29 cars, drivers from 15 nations and with six brands. And it was super to see the fans back in the grandstand and in the open paddock again,” said Frederic Elsner, director event & operations of the DTM organisation ITR. “It was a successful test and a fruitful preparation for all.” American Scot Elkins, the new race director in DTM and the talent pool DTM Trophy, confirmed this: “I am really happy with how the entire test went. We have tested all the procedures, the new timekeeping, monitoring of the track limits, the changed procedures during starts and pit stops, it all worked out well. For me, it was also great, of course, to get to know everyone in person. Now, I am even more excited and I am looking forward to the season.”

Three-time champion René Rast was feeling visibly well: “Towards the end of the test, I did two more long runs to get to know the R8 even better. Now, we have to analyse the data to be well prepared heading to Portimão,” the Audi works driver said. Porsche works driver Laurens Vanthoor, who ended up in 17th place with a time of 1m 39.532s in the SSR Performance 911, also drew a positive verdict: “For us, it was a first acquaintance with DTM. It is going into the right direction and the pit stops are already working quite well,” the Belgian said. Defending champion Maximilian Götz, who is starting the new season with Mercedes-AMG Team WINWARD, had also reason to be happy in spite of the April weather: “It was great fun. I was impressed with how many journalists were present for the media day and how big interest in DTM is in general. Given this impressive field of drivers, this is quite understandable.”