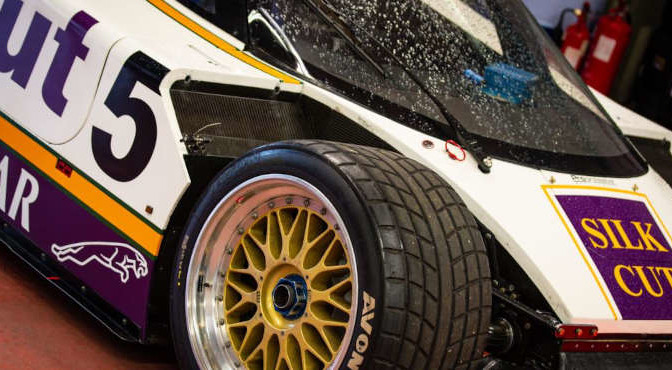 The Series by Peter Auto provide the drivers with numerous opportunities to go head-to-head on the track several times a year on circuits in France and in Europe. Besides the unmissable French circuits like the 24 Hours of Le Mans layout (only concerns Group C and ERL), Paul Ricard, and Dijon-Prenois, Peter Auto organises races outside French borders every year. Italy is a not-to-be-missed destination on the seasons by Peter Auto calendar. After Imola in 2018 and Monza in 2020, in 2022 Peter Auto returned to the undulating circuit of Mugello (5.245 mètres) in Tuscany for the first race. 250 drivers (280 cars in all) arrived to do battle with the stop watch or just simply to enjoy themselves and spend time among dyed-in-the-wool enthusiasts.

The weather! Doing battle with the stop watch on the circuit where some drivers really stood out over the three days racing, or confronting weather conditions that were as unusual as they were varied meant that there was no shortage of guaranteed on-track spectacle at the opening meeting of the season. During three days of closely-fought races run between rays of sunshine, heavy rain, hailstones, fog and even some snowfalls, the drivers had to keep on adapting their driving to asphalt that was sometimes wet, sometimes dry. On Friday 1st April, it was time to open up umbrellas on the grid. If for some driving in the wet was a nightmare, for others it was a real challenge, a pleasure even! This was the case for Remi Terrail at the wheel of his Porsche 911 Carrera RSR 3.0 (No.20), which he handled in masterly fashion as it’s said to be a real handful on a soaking wet track. He started the Classic Endurance Racing I event on pole position and finished in 24th place with his team-mate Jürg Aeberhard. The race was dominated by Gonçalo Gomes in his Lola T212 1971(No.140). Emanuele Benedini and Alberto Trezzi in their Chevron B19 dating from 1971 (No.151) and Armand Mille in his 1970 Lola T70 (No. 35) completed the podium.

THE HIGHLIGHT COBRA VS JAGUAR

An E-Type at last appeared on the topmost step of the podium! The Sixties Endurance race I often dominated by the Shelby Cobras is always one of the most action-packed events and this weekend was no exception. Between Full Course Yellow, refueling and on-track collisions John Minshaw and Phil Keen managed to avoid the pitfalls of the two-hour race and climb onto the topmost step of the podium as a reward for their flawless consistency on the track. Their 3.8-litre E-Type Jaguar from 1964 (No. 133) led home the Cobra 289 driven by Maxime Guenat and Guillaume Mahe (No. 51), while Olivier Galant’s Cobra Daytona fell back to third place at the very end after a marvellous unchallenged solo run in the lead for a good part of this race, the halo event of the Peter Auto weekends.

ACE DRIVERS IN THE RACE

There were several well-known aces on the starting grid this weekend like Emanuele Pirro, Italian F1 driver in the 1980s and five-time winner of the 24 Hours of Le Mans in the noughties. He was at the wheel of a 1980 Ferrari 512 BBLM (No. 79) shared with Marco Micangeli and they were racing in the Classic Endurance Racing II category. They finished 14th in qualifying, which they converted into a 12th place finish.

Éric Hélary, winner of the 24 Hours of Le Mans in 1993 with Peugeot who will be driving the gravel car in the upcoming Tour Auto in just under three weeks was entered for several grids. In Classic Endurance Racing I, he drove a superb 1968 Ford GT40 (No. 40), which he shared with Philippe Scemma. They saw the chequered flag in 14th place out of 43 starters.

Thierry Boutsen, who needs no further introduction, winner of three F1 grands prix in the 1980s-1990s, was having his first taste of the Shelby Cobra 289 from 1963 (No. 55) which he’ll drive in this year’s Tour Auto. He soon got to grips with this car as he and Christophe Van Riet finished sixth in Sixties’ Endurance, the longest race of the weekend that also had the biggest field with over 70 cars at the start

Soheil Ayari was the guest of the recent Vroom podcast by Peter Auto: Watch it on Youtube here

Ralf Kelleners racked up nine outings in the 24 Hours of Le Mans with a victory in 1996 in a Porsche 911 GT2. At Mugello, he was driving a Gr. IV De Tomaso Pantera (No. 21) shared as usual with Detlef Von Der Lieck in the Classic Endurance Racing grid. They came home in 18th place out of the 43 cars on the grid.

Peter Dumbreck, another multiple participant in the 24 Hours of Le Mans, was at the wheel of a Porsche 911 2.0 L (No. 27) and raced with Stephen Edwards in the 2.0L Cup grid clinching a 20th place finish.

A FLYING START WITH SODIPNEU!
Sodipneu, a partner with Peter Auto events for more than 10 years, distributes road-going tyres as well as and above all those used in racing! At this weekend’s event in very changeable weather conditions, the Sodipneu team reckoned that they supplied around 600 tyres. In the changeable weather conditions the staff had to cope with many last-minute requests for swaps between wet weather and dry tyres, a total of 200 or 300 fittings during the weekend!