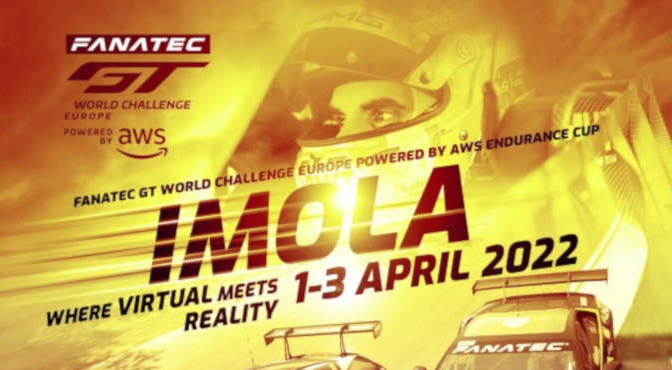 Fanatec GT World Challenge Europe Powered by AWS will expand its range of live coverage this year to include commentary in German and Italian.

The new language options join the long-running English and French commentaries, which remain in place for the 2022 season. Fans will be able to watch the dedicated German and Italian livestreams on GT World, the free-to-view YouTube channel that broadcasts a wide range of series organised by SRO Motorsports Group.

Television coverage featuring Italian commentary will also be available thanks to the recently announced agreement between SRO and Sky Sports. The new languages arrive in time for the season-opening event at Imola (1-3 April), with all sessions from pre-qualifying onwards set to be broadcast.

Each new language represents a natural addition to the series’ output. Italy plays host to two Fanatec GT World Challenge Europe Powered by AWS events, with the opener at Imola complemented by a mid-season trip to Misano (1-3 July). The country is also home to the Ferrari and Lamborghini marques, as well as a rollcall of top drivers such as Mirko Bortolotti, Davide Rigon, Raffaele Marciello and Valentino Rossi.

Germany has staged a race annually since 2012, with Hockenheim set to make its first appearance on the calendar this term. The country also boasts a quartet of leading manufacturers in Audi, BMW, Mercedes-AMG and Porsche, while its front-running drivers include the likes of Maro Engel, Luca Stolz and Christopher Mies.

Fanatec GT World Challenge Europe Powered by AWS can look forward to greater exposure than ever before this season thanks to its expanded list of television broadcast deals, as well as industry-leading online streaming. With two new languages now available, even more fans can tune in and experience the thrill of Europe’s premier GT championship.