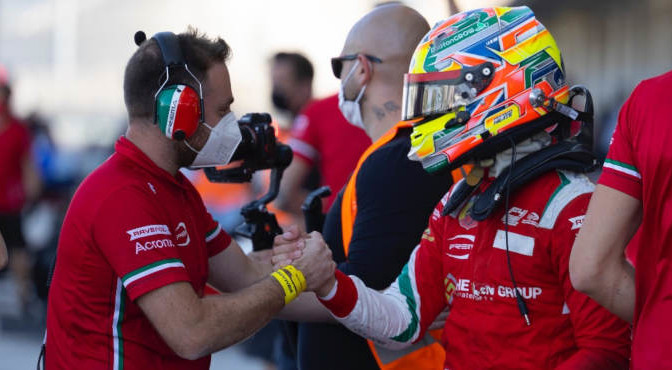 Charlie Wurz and PREMA Racing secured the 2022 Formula 4 UAE Championship with a stellar run in the series finale at Yas Marina. The 16-year-old Austrian, son of former F1 and WEC driver Alex Wurz, sealed the deal in the 5-event season with a podium in race 3 after capturing two poles, two wins and a total of ten podiums.

For the team, competing in collaboration with Abu Dhabi Racing, it was a 1-2-3 finish in the championship. Brazilian Rafael Camara turned out as one of the revelations of the series, winning six races and finishing as a runner-up despite having to miss the season opener due to health issues. Camara also sailed to win the rookie title by a comfortable margin.

But it doesn’t stop there, as the team was able to lock out the top-3 in driver points, with British racer Aiden Neate delivering impressive consistency week in, week out. James Wharton, a Ferrari Driver Academy member like Camara, rounded out the top-5 overall with four wins, including one in the final race in Abu Dhabi, having entered four rounds out of five. Competing in only two events, Andrea Kimi Antonelli got two wins and made it into the overall top-10. Last but not least, Conrad Laursen claimed two podiums despite joining the team only for round 4 and 5 and having less mileage compared to his competitors.

With a combined total of 14 wins out of 20 races, the team is now set to be back to Italy to prepare for the start of the European F4 season which will start with round 1 of the Italian Formula 4 Championship in early May.

Charlie Wurz – 2022 F4 UAE Champion
“I’m delighted and thankful for the title and to the team, the #7 crew and the whole PREMA squad worked so hard these past few weeks. I’m very happy to win the F4 UAE championship deserving of our hard work. Now we have a few weeks off before getting back to work on the European season, I can’t wait.”