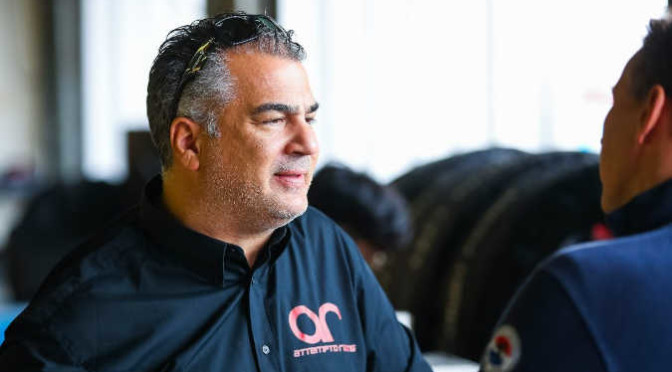 A DTM contract for his birthday: young talent Marius Zug signed the contract for his debut in DTM on 6 February, his 19th birthday. The driver from Pfaffenhofen will be participating in the season’s eight race weekends in the long-standing series with an Audi R8 LMS evo II run by Attempto Racing from Hanover. The season opener will be held at Portimão in Portugal from 29 April-1 May.

“Racing in the highest touring car and sports car league has always been my goal. I am super happy that I was able to sign the contract with Attempto Racing and to do so on my birthday. For me, this is a dream coming true,” Marius Zug describes this extraordinary moment. Following a visit to the Oschersleben race track together with his father Thomas in 2012, he got started in karting together with his sister Lilly, three years younger to the day, who will also be involved in GT racing this year. At the age of 16, Marius Zug stepped up into GT competition and won his first-ever GT4 race right away. In 2019, he became runner-up in both the GT4 European Series and in ADAC GT4 Germany. Still in the same year, he participated in his maiden GT3 race at Monza. In 2020 and 2021, Marius Zug raced in the Italian GT championship for the BMW team run by ex-DTM champion Roberto Ravaglia. The 19-year-old, who successfully did his A-levels last year, is already preparing for his DTM debut with two daily fitness sessions as well as intense sim racing.

“With Marius Zug, we have a jewel in our team,” Attempto team principal Arkin Aka is convinced. “I have been following him for some years already and I was pleased to notice how he was getting stronger and stronger and the way he developed in GT4. I was overjoyed that he was now available and that I was able to offer him a drive. I am certain that he will surprise in GT3 as well.” Attempto Racing has its headquarters in Hanover-Langenhagen close to the airport and has already been involved in GT3 racing with various brands for several years, having been racing with Audi since 2018. “For us, this is a dream coming true as well,” the 51-year-old says. “We had already been looking at becoming involved in the premium brand that is DTM for a while. Now, we will do everything to leave a good impression on this high-quality stage. With Marius, we think we are capable to score results in the midfield and towards the front and with a little bit of luck even more.”

“An extremely young determined driver, yet another new team and an additional Audi: Marius Zug and Attempto Racing are strong newcomers, making the DTM field even younger and competition even more exciting,” says Frederic Elsner, director event & operations of the DTM organisation ITR.