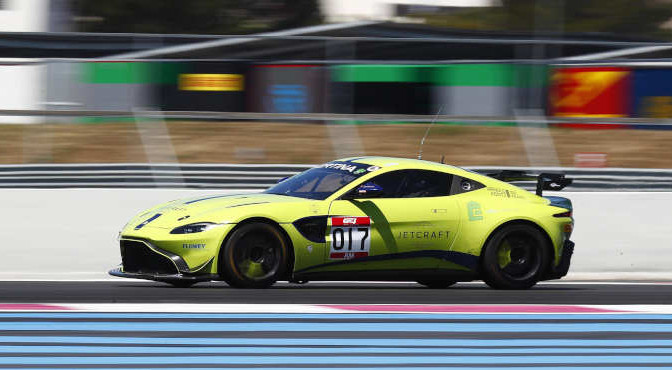 Street-Art Racing is about to discover new horizons in 2022. The Belgian team, which won the Am Cup in the GT4 European Series in 2016 and 2019, will be competing in the International GT Open and the GT Cup Open Europe this year.

“The move to the GT3 category was a logical evolution for Street-Art Racing,” recalls Albert Bloem, Team Principal of the Lodelinsart structure. “We can have a real pyramid with the GT4 and then the GT3. The International GT Open seemed to us to be more affordable than the GT World Challenge Europe as we get our bearings. It is a little early to tell you the lineup of our Aston Martin Vantage AMR GT3 in the International GT Open, but we can tell you that it will be an Art Car again. In addition, we will field at least one Aston Martin Vantage AMR GT4 in the GT Cup Open Europe. And there our duo is all set.”

Julien Darras, a well-known figure in Street-Art Racing, will be the captain of the team. “Julien has already driven with our team in 2017 and 2019,” says Team Manager Damien Hellebuyck. “Since then he has gained his licence to be a driving coach and he will be accompanying Jahid Fazal-Karim, who is making his competitive debut this year. We believe that the GT4 version of the Aston Martin, which will be racing in Jetcraft colours, and the GT Cup Open Europe are the perfect combination for him as he takes his first steps in racing.”

The GT Cup Open Europe is the little brother of the International GT Open and sees cars from the one-make series or the GT4 category compete in five events. In 2022, Le Castellet (Circuit Paul Ricard), Spa-Francorchamps, the Hungaroring, Monza and Barcelona are in the schedule.

“I am looking forward to my first season of competition with Street-Art Racing,” says Jahid Fazal-Karim. “I am 52 years old and I am typically an amateur driver, as they say. But I have a taste for competition and the desire to progress. I have been driving on track for a little over a year with Julien as my coach. I have learned the ropes and I feel increasingly at ease behind the wheel of the Aston Martin Vantage AMR GT4, which I find relatively easy to handle. As part of the licence process, we also took part in a few races with a touring car in Dubai. I also saw how a race weekend takes me away from my professional life. It is really an escape of the mind and I love it. I cannot wait for the season to start!”

Having made his debut in karting before racing in Formula 4 and then in GT3 and GT4, Julien Darras is making his return to competition this year. “In 2020 and 2021, I concentrated on obtaining my BPJEPS licence,” confides the 24 year old Frenchman. “So I officially have a coaching licence which allows me to coach the less experienced drivers, like Jahid. We have been working together for a year now and I am both surprised and happy with his progress. And I am sure that he has a lot of room for improvement… With the first races taking place soon, we are now in the thick of things and, little by little, we can take care of the details to gain the last tenths of a second. We are going to have a great season in 2022!”

The championship will kick off at the Circuit Paul Ricard on the weekend of 21 and 22 May. By then, the Street-Art Racing team should have some surprises in store…