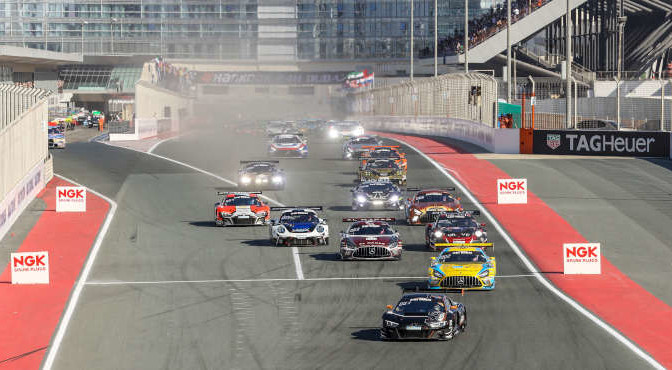 Both the 17th annual Hankook 24H DUBAI and the returning Hankook 6H ABU DHABI celebrated brand-new winners in January with its unfalteringly enthusiastic supporters. And, as has proven the case for more than a decade, CREVENTIC is anticipating a similarly fervent response from its ever-growing, international fanbase to its European rounds.

“The 24H SERIES’ ‘European season’ is always a very exciting time for us,” CREVENTIC sporting coordinator Ole Dörlemann explains. “The esteemed Hankook 24H DUBAI opens another year of motorsport in typically electrifying fashion, but now, all focus turns to the championship chase. Our team and our partners work incredibly hard every year to find the most rewarding, historically-rich European venues for our competitors and our fans alike to enjoy, and it’s in this arena that the true fight for the title begins. One that seems to get more competitive with each passing year!”

First up is the Hankook 12H MUGELLO, which takes place on 25-26 March at the Autodromo Internazionale del Mugello in Scarperia e San Piero, Italy. One of the longest tenured European events on the 24H SERIES calendar, the Hankook 12H MUGELLO has been held every year bar one since 2014, and on all but one of those occasions has been CREVENTIC’s European season opener.

The Ferrari-owned Autodromo in beautiful Tuscany is among the most picturesque venues on CREVENTIC’s calendar. And yet, simultaneously, one of the most complex, given its expanse of mid-to-high speed corners that have remained pristine since construction of the 5.245km circuit was completed in 1973.

It’s also, comfortably, one of the most popular European venues visited by 24H SERIES competitors, with 40 entries – and counting – already registered for the eighth running of the event.

One month on from Mugello, the 24H SERIES returns to the historic Circuit de Spa-Francorchamps on 22-23-24 April for the Hankook 12H SPA-FRANCORCHAMPS.

First held as a TCE-only event in 2017, the Hankook 12H SPA-FRANCORCHAMPS has welcomed GT competitors since 2018 and featured most some of the heart-stopping grandstand finishes the 24H SERIES has ever seen: who can forget the nail-biting conclusion between Scuderia Praha and Herberth Motorsport in 2019?

Among the most revered circuits in motor racing, Circuit de Spa-Francorchamps also boasts one of the most challenging yet rewarding layouts competitors will experience anywhere in the world. One comprehensively modernized ahead of CREVENTIC’s arrival, including the return of gravel traps and revitalized seating areas. Add in an illustrious, 101-year heritage – one to which CREVENTIC is more than capable of adding as the 24H SERIES goes from strength-to-strength – and it’s hardly surprising that close to 30 entries are already registered for the Hankook 12H SPA-FRANCORCHAMPS, more than two months ahead of time.

The fourth championship round of 2022 takes place on 13-14-15 May at the Hockenheimring. The Grand Prix facility became the first German venue to feature on the 24H SERIES calendar with a successful exploratory 16-hour event in 2020, and produced an even closer-fought contest with its revised 12-format in 2021. With so many of CREVENTIC’s competitors hailing from Germany, interest is high once again for Baden-Württemberg’s annual endurance event.

After the first of two summer breaks, 24H SERIES competition continues with the Hankook 24H PORTIMAO on 8-9-10 July. The Autódromo Internacional do Algarve in Portugal’s stunning southernmost region became an instant hit with competitors on its inaugural series outing in 2017, as indeed did the idyllic heat that came with it! Portimão is far from a topography one-hit wonder though: one of the fastest yet technically demanding venues in Europe, the Autodromo features a heady mix of low-to-high speed corners and neck-straining changes in elevation. Further cementing itself in 24H SERIES annals, the Hankook 24H PORTIMAO also became the first internationally-hosted motor race in 2020 following the outbreak of Covid-19, CREVENTIC implementing safety and welfare protocols it continues to champion to this very day.

Finally, and ahead of the season finale at the Sebring International Raceway on 18-19-20 November, the 24H SERIES’ European season wraps up with the Hankook 24H BARCELONA on 9-10-11 September. First held as a 24-hour motor race for touring cars in 1998, the Trofeo Fermí Vélez has honoured the two-time World Sports Prototype C2-class champion since his passing in 2003, and has rapidly established itself as one of the most significant European events on the calendar since CREVENTIC first took the reins in 2011. Indeed, in a nod to the event’s depth of competition, seven different manufacturers have taken victory at the Hankook 24H BARCELONA in the last 10 editions, a record that could easily be extended in 2022 with more than 50 entries predicted to attend.