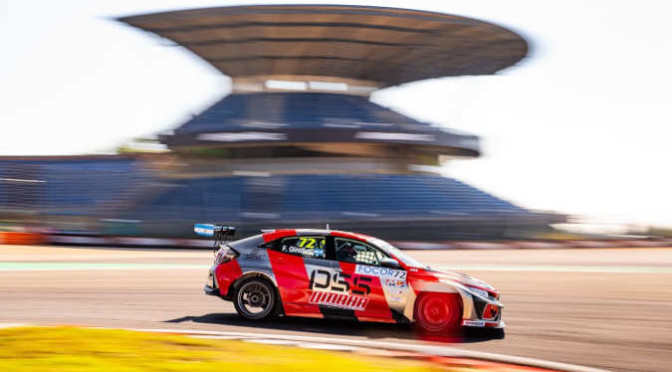 The TCR Europe Series, featuring production-based touring cars from five different brands, will be joining the DTM platform at three circuits in the 2022 season: the season opener at the Autodromo Internacional do Algarve in Portimão in Portugal (29 April-1 May), the Norisring street circuit in the city of Nuremberg (1-3 July) and the historical Nürburgring (26-28 August), both in Germany.

DTM as the top category, the junior talent pool DTM Trophy and DTM Classic are the three core elements of the eight DTM events in the 2022 season. Meanwhile, the series’ organisation ITR is constantly striving to make the events even more attractive for fans by adding further race categories to the programme. In this process, the cooperation that has been agreed upon by ITR and the TCR Europe Series is a major step.

The TCR Europe Series will be entering its seventh season in 2022. It is running to the well-known worldwide TCR regulations, featuring production-based, 2-litre turbo front-wheel-driven touring cars. Last year, the field included over two dozen cars from as many as five different brands (Audi, Cupra, Honda, Hyundai and Peugeot) and a similar grid size is expected for the 2022 season as well.

“We are happy to be cooperating with DTM for three events this season,” says TCR Europe Series’ promoter Paulo Ferreira. “The worldwide reputation of DTM and the popularity of its events speak for themselves and being present during three DTM events is a way to further enhance the appeal of our series for teams, drivers and partners. I am particularly pleased to have the season opener at Portimão, not just because I am from Portugal, but also because the Portuguese motorsport federation (FPAK) is our parent ASN, the national sporting authority. The Nürburgring is a beautiful circuit, too, and Norisring is a venue with an impressive history of over 75 years in motorsports in general and almost 40 years in DTM. It will be the first street circuit that the TCR Europe Series will be racing on and we are very much looking forward to this event that is always attended by huge crowds.”