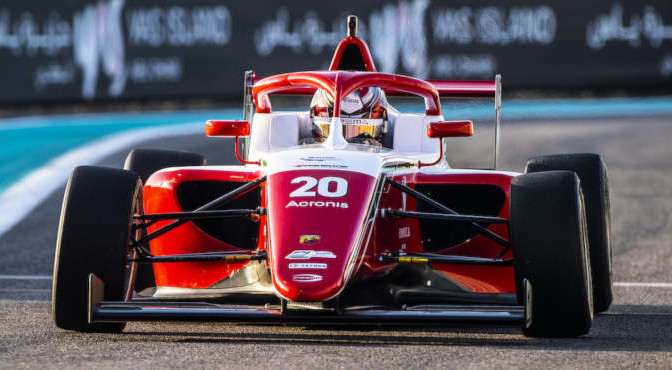 PREMA is delighted to announce that the team will be entering the upcoming FIA Formula 4 UAE Championship with a four-car line-up. The season will feature features five rounds on consecutive weekends between Yas Marina Circuit in Abu Dhabi and Dubai Autodrome starting from the 21st and 23rd of January.

Last December, a non-championship event saw F4 UAE support the Formula 1 Grand Prix of Abu Dhabi, and the team dominated with a complete podium lockout. It was the maiden appearance for the second-generation Formula 4 machinery, which will return for the rest of the season with an expanded field.

Back from his brilliant win in the Trophy round, 16-year-old Austrian racer Charlie Wurz will be a strong contender for the title as he prepares for his first complete season in single-seater racing. He will drive under the PREMA Racing banner together with Rafael Camara. The Brazilian, also 16, is set for his single-seater debut with the team, and will have the chance to put some good mileage before the season starts.

British racer Aiden Neate will also contest the full schedule. The 15-year-old Brit comes from his first year in car racing, having entered the British F4 Championship in 2021 with multiple podium finishes. He will now be running under the Abu Dhabi Racing by PREMA banner.

PREMA’s fourth Tatuus racecar, also fielded with the Abu Dhabi Racing by PREMA entry, will be shared by a highly-talented trio. James Wharton will enter the two opening rounds. The 15-year-old Australian will make his first race starts in single-seaters ahead of a full-time 2022 program. Trophy round polesitter Andrea Kimi Antonelli will join for Round 3 as he chases his first car racing win after the multiple podiums achieved in the four races he entered so far.

For the two final rounds, the car will then be driven by the most experienced driver of the bunch, Dane Conrad Laursen. Despite being only 15, Laursen wrapped up his maiden Italian Formula 4 campaign last year, harvesting numerous rookie wins. He also took part in the Trophy round, finishing with an overall podium.

Rene Rosin – Team Principal
“It’s great to have the chance to get back to racing so early in the season. We expect the 2022 F4 UAE championship to be highly-competitive. In addition, it will be a unique chance for us to compete with the second-generation racecars ahead of our full-season campaign. We already found great chemistry but we know that everybody will step up their game so we will need to be on top of ours as well. Everyone at PREMA loves to race in the UAE so we look forward to the start of the season!”