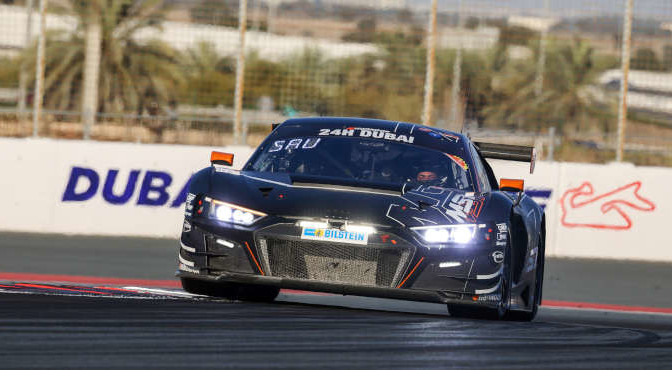 MS7 by WRT has secured the third overall win for Audi at the Hankook 24H DUBAI with a commanding 1-2 for the Audi R8 LMS and the sister WRT entry. The result also marks the first win for a team run under the Saudi Arabian flag in the event’s 17-year history.

Though hounded for the remainder of the race by the sister WRT Audi R8 LMS GT3 Evo (#31, Benjamin Goethe / Arnold Robin / Maxime Robin / Jean-Baptiste Simmenauer / Frédéric Vervisch), MS7 by WRT was able to hold its advantage and take an historic win.

Alongside the latest wins for WRT and Audi, and the first for a team running the Saudi Arabian flag, 2022 also marks the first overall Hankook 24H DUBAI win since 2018 for a driver hailing from Saudi Arabia – Mohammed Saud Fahad Al Saud – and the second in succession for Zimbabwe’s Axcil Jefferies.

“We had a fantastic car all week,” Mies explained to radiolemans.com’s Joe Bradley. “We had a bit of luck, but also the strategy was on point, so thanks to the whole crew for that! I’m really proud of everyone: drivers, mechanics, engineers, everyone involved. Thank you very much!”

Classy Krütten in the ADAC GT