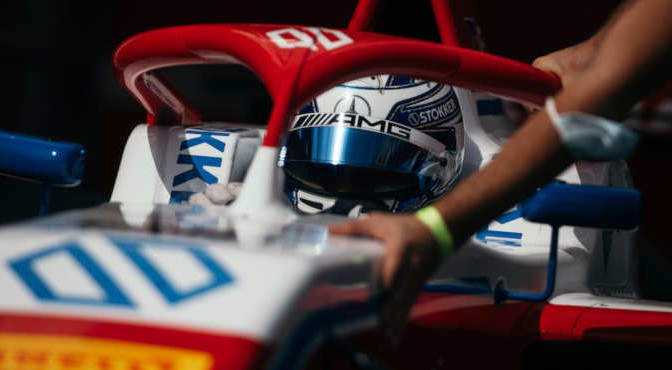 Abu Dhabi Racing is delighted to announce a new addition to its Formula Regional Asian Championship line-up, as Paul Aron will join the operation – supported by PREMA Racing – for the 2022 season. A 17-year-old from Estonia, Aron drove for PREMA in the 2021 Formula Regional European Championship, claiming two wins and multiple podium finishes. He also made his single-seater racing debut with the team back in 2019, delivering impressive results in the Italian Formula 4 Championship.

Aron will join the already confirmed Khaled, Amna, and Hamda Al Qubaisi, and will race for the first time in the Asian series.

The Formula Regional Asian Championship season will consist of five rounds featuring three races each, held between Dubai Autodrome and Yas Marina Circuit. The opening event will be on January 21st – 23rd in Abu Dhabi.

Rene Rosin – Team Principal
“We deeply enjoyed working with Paul this season in the Formula Regional European Championship by Alpine, and we are looking forward to having him back for the Asian Championship as well. He has great experience with this type of car, so I think he will maximize his potential. It’s also good to see the Abu Dhabi Racing line-up expand, as it underlines the value of this project. There will be many high-quality competitors, as the level of the championship keeps growing, so it will be an exciting five rounds for sure.”

Paul Aron
“I’m super happy to announce that I will be joining Abu Dhabi Racing and Prema for the 2022 Formula Regional Asian Championship season. Prema has become like a family to me, and I love working with them. We worked really hard last year, and I am excited to demonstrate it on track. We have some unfinished business to deal with.”