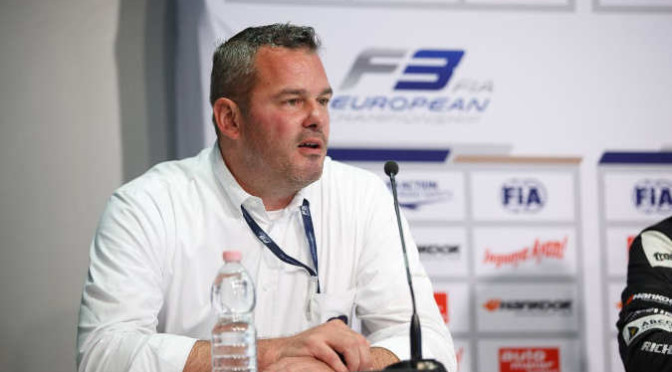 Niels Wittich is at the helm of a 13-strong crew from the Automobilclub von Deutschland (AvD) that has taken over the sporting organisation of the DTM and support race categories like DTM Trophy, DTM Trophy, DTM Classic and others. The 49-year-old from Erlensee near Frankfurt is the DTM race director. As a result, the world-class drivers of the 2021 DTM field will be following his directions during the upcoming third race weekend of the long-standing race series at Zolder in Belgium. “We want hard, exciting, but also fair and safe racing,” is the adage that Niels Wittich has given out for DTM. Exactly that is what DTM has provided in the races held so far, two each at Monza and Lausitzring, much to the delight of the spectators who will be admitted again at Zolder as well.

Niels Wittich is bringing in his wide-ranging experience from over eight years as a race director in various race series while he has also experience from Formula 1 where he was on duty in several races this season already. “DTM is an attractive task,” says Wittich, who has held various positions throughout his 20 years as an official in motorsport. For the global motoring federation FIA, he is not only working as a race director but also as a race track inspector.

To be able to respond adequately in case of minor infringements, two new time penalties have been introduced for the 2021 DTM. „We can impose brief time penalties of five and ten seconds. In a close position fight, these are penalties that have an impact, but for a driver, the outcome of the race isn’t completely hopeless like for instance after a drive-through penalty,“ says Wittich, who is being assisted by Oliver Grodowski and Christian Vormann, two deputies who also have a vast international experience. “We are very much aware of the fact that not everybody approves of it when we intervene, for instance when sending out the safety car. But mostly, it is about safety and then, there are no compromises.”

The task is to ensure a safe and fair running of the races as well as observation of the rules in a consequent way, but also with the necessary tact. “We are a very experienced bunch. I have known everybody for years,” Wittich says about the crew from sporting organiser AvD, ranging from the race director and his deputies via stewards, secretary of the stewards, medical delegate, AvD media delegate race control up to the safety car driver. “AvD and ITR have been working together in a purposeful and efficient way and were well prepared going into the season”, says Frederic Elsner, director event & operations, ITR. As Germany’s oldest automobile club, AvD is not only involved as the sporting organiser, but also as the presenter of the DTM Trophy broadcast on SPORT1 and the organiser of historic activities under the DTM Classic banner.