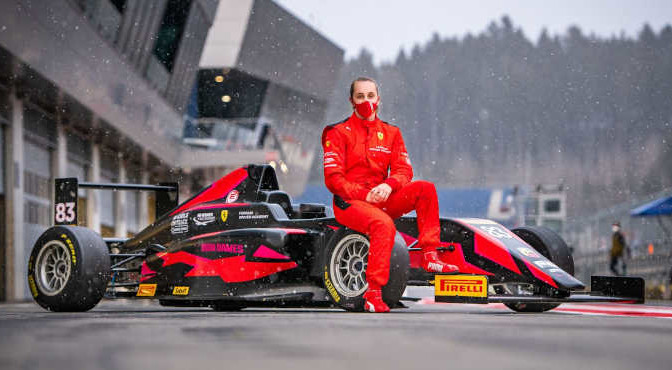 Iron Lynx, the championship-winning motorsport squad and team behind the innovative Iron Dames project, has signed an agreement with Ferrari Driver Academy (FDA) and the FIA Women in Motorsport Commission to support the FIA Girls on Track – Rising Stars programme.

The partnership adds significant strength and weight to the programme which has been designed to identify and support female racing talent of the future, echoing the strides already taken by the Iron Dames project.

“We are honoured and incredibly proud to be working with Ferrari Driver Academy and the FIA Women in Motorsport Commission on this amazing project that will allow us to support the next generation of promising female racers,” comments Deborah Mayer, project leader, Iron Dames.

As part of its ongoing and wide-ranging support of female drivers which includes the Iron Dames project, Iron Lynx is proud to be running the Formula 4 car of Maya Weug in this year’s very competitive Italian Formula 4 Championship. Weug, who made history after being announced as the first female driver of the Ferrari Driver Academy following the inaugural edition of the FIA Girls on Track – Rising Stars programme, recently completed her first successful test in the car at Paul Ricard circuit.

Accompanying Weug in the Iron Lynx team competing in the Italian Formula 4 Championship will be Leonardo Fornaroli, who already achieved a run of impressive results and podiums in the 2020 season, and rookie driver Pietro Armanni, who will be looking to establish himself within the team.

“Iron Lynx is looking forward to the year ahead, not only by providing Maya with a competitive car in her debut season in the Italian Formula 4 Championship, but also a top notch technical support. What’s more we are also looking forward to getting to know many more young female talents through the partnership,” concluded Deborah Mayer.