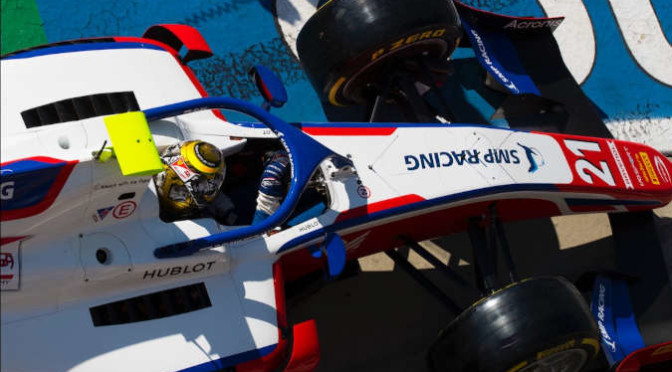 Mick Schumacher scored his first win of the year for PREMA Racing at Monza, in Race 1 of the FIA Formula 2 Championship at the Italian venue.

The 21-year-old German had a rocket start from sixth place to the second position and cruised past to the lead not too much later. As the strategy split the pack, Schumacher was among the first to change tyres. However, when the rest of the drivers came through the pits, he reclaimed the lead, and he was far away in the distance, setting a superior pace to bring home his maiden feature race win, which provides critical points for his championship efforts as well as for those of the team.

Starting from P16 after a tough qualifying session, Russian Robert Shwartzman struggled to fight back in the early stages of the race and dived in for an early pit-stop. The strategy enabled him to gain several positions, but the Russian ended up in P9, just shy of the reverse grid pole for race 2. He will try to make further gains tomorrow.

“I am overjoyed with today’s victory – what a fantastic feeling! The basis for this was my start from P7 to P2 before the first corner. This brought us in a great position, which paid off after the pit stop. Being in the lead we were able to manage the tyres well and keep the distance to the cars behind constant. Thanks to the team, who have put together a mega package for me again today. Now we will give it our best to collect some more points tomorrow.”

“It was not a great result and for sure not what we wanted. Yesterday’s qualifying completely ruined our chances for a good result today. I tried to make a good start. The launch itself was not bad, but then I was squeezed and blocked in turn 1 losing more places. I tried to overtake as many cars as possible, and the pace seemed good. We finished ninth, taking two points, every point counts now. Unfortunately, everything was influenced by qualifying and without being blocked at the start, I would probably have managed to be further up, but it is what it is.”
Qualifying: P16
Race 1: P9
Fastest Lap: 1:32.597
Fastest Lap: 1:35.186