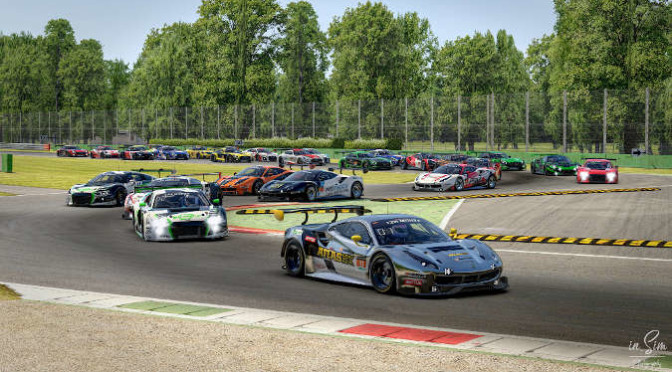 The championship hosted by CREVENTIC is called the Virtual 24H SERIES. The second round is scheduled to take place on 22 August at the Circuit de Barcelona-Catalunya in Spain, while the season finale will be held on 7 November at the Sebring International Raceway in the United States of America, a first for the 24H SERIES.

The Virtual 24HSERIES championship is open to teams that regularly participate in the 24H SERIES powered by Hankook as well as competitors on the virtual racing scene. Like its Monza predecessor, the race will run uninterrupted for the full 12-hour duration.

CREVENTIC’s Sporting Coordinator Ole Dörlemann explains: “We were so thrilled with the reception that the 12H MONZA ESPORTS generated back in May, we knew pretty much immediately that a second sim racing event would be on the cards sooner rather than later. We expected the competition to be tight, and it was, and we took immense pride in the fact that, even remotely, the camaraderie so often found at the heart of any 24H SERIES paddock was still in effect during the course of that weekend.”

Like the 12H MONZA E-Sport event, which was ultimately won by eTeam WRT in a 1-2 finish for the Belgian team, the 12H SPA ESPORTS will be split into four categories. Teams can register an entry for the TCR class (which will use a virtual representation of the Audi RS3 LMS), GT4 (either the Porsche Cayman GT4 CS or BMW M4 GT4), 991 (Porsche 991-II Cup) and/or GT3 (Audi R8 LMS, Ferrari 488 GT3 or Mercedes-AMG GT3).

The event will also include official Free Practice and Qualifying sessions for each category, the time schedule for which will be released in the coming weeks.

Ole Dörlemann continues: “When we started preparation for this event, we figured, where better than the Circuit de Spa-Francorchamps? It is a venue that is surely on everyone’s bucket list, it has a wonderfully rich heritage, and even virtually, it is one of the most challenging circuits on the planet. This was a no-brainer.”

For the championship to be a success and to give the participants the best experience possible there will be an entry fee in place. The entry fee will be €50,- per race or €125,- for the full season. This entry fee will make sure that the participants can enjoy a professional live broadcast with pictures of the drivers in the live broadcast, live commentary, a live timing service and a set of Hankook tyres for the class winning teams each race.

Further information regarding the Virtual 24H SERIES can be found at www.24hseries.com