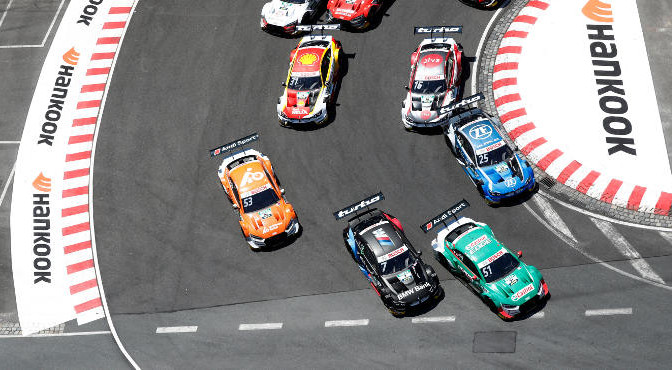 The DTM Trophy, which will run as a support series on the 2020 DTM calendar, has outlined the substantial prize-money structure, exclusive DTM test drive offer, and high-profile tyre partnership that will make it the destination platform for near-series GT racing across Europe.

The new series, which is being organised by DTM umbrella organisation ITR, is aimed at professional, junior and amateur racers, and will be held at seven DTM weekends in 2020.

DTM test up for grabs

The winner of the Trophy’s junior classification – for drivers under the age of 22 – will also earn a money-can’t-buy opportunity to test a DTM car at the end of the 2020 season. The test is an important opportunity to showcase talent and ability in front of the sport’s big manufacturers, and underlines one of the chief aims of the DTM Trophy: to highlight and promote young talent.

Hankook Tire has been confirmed as the exclusive tyre partner of the DTM Trophy. The Korean manufacturer – which has supplied premium tyres to the DTM since 2011, and more recently provided tyres to all cars in the SUPER GT x DTM Dream Race at Fuji – has agreed a four-year supply deal with series organiser ITR.

ITR’s arrangement with Hankook means that all entrants will receive free tyres for 2020. In return, Hankook will receive branding on all cars, driver overalls and team uniforms. In addition, the top-three finishers in each race will wear Hankook-branded caps on the podium.

“The DTM Trophy isn’t just a professionally organised series taking place on a high-profile European stage, it’s an extremely attractive package for ambitious youngsters and serious professionals alike – with the added bonus of some highly desirable prizes and incentives.

“And, with a prize fund of €150,000 and a DTM test drive on offer for the best young driver, we have also included some serious incentives and unique opportunities for the participants.

“We’re also very pleased to have gained the support of our long-term partner Hankook. All DTM Trophy entrants will not only receive premium racing components, but also Hankook’s incredible and high-quality fitting and servicing standards, too.”

“As a long-standing DTM partner, it was only logical for us to extend our successful collaboration into the DTM Trophy. As a tyre partner for GT series worldwide, Hankook has the experience and expertise to make a success of this new series. As a manufacturer and supplier, we look forward to the additional opportunity; and the DTM’s fans can look forward to even more spectacular racing during DTM weekends.”

Registration deadline is 11 March 2020, with an enrolment fee of € 27,000 plus VAT per participant – with tyres and fuel free of charge at all official events. This not only applies to all race weekends in the support program of the DTM in 2020, but also a potential, ITR-organised pre-season test session.

Drivers and teams with near-series-spec GT cars eligible for FIA categories E2-SH and E2-SC of all manufacturers are entitled to participate. Almost every brand represented in motorsport has a corresponding GT car with 400 to 500 hp in its portfolio – most notably Audi, BMW and Aston Martin, who are all represented within the DTM, but also brands such as Mercedes-AMG, Porsche, McLaren, Ford, Chevrolet, Lotus, Jaguar, Toyota and Nissan.