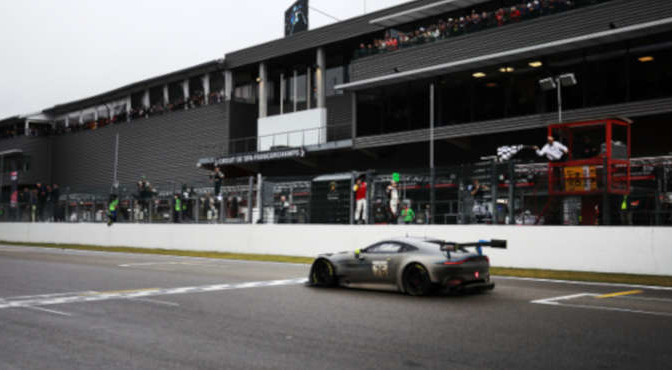 ake Dennis, Marvin Kirchhöfer and Alex Lynn finish 18th in the 24 Hours of Spa-Francorchamps. In a race fraught with setbacks, the trio were effectively reduced to a damage limitation exercise. The endurance classic in the Ardennes came to a premature end for the number 62 and number 762 Aston Martin Vantage GT3s, both of which were involved in race-ending accidents.

After booking a reasonably promising P13 on the grid for the 24 Hours of Spa, the three R-Motorsport drivers made good initial progress. Dennis and his two team-mates in the number 76 car impressed with strong pace as they steadily advanced into the Top Three.

Sadly, their podium challenge eventually came to an end. “After the first third of the race, we had to make two extra stops,” explained Alex Lynn. “This cost us precious time and dropped us down to 34th position.” The reason for the extra stops was a wrongly sized set of tyres. From that point of the race until the chequered flag, the driver trio were engaged in damage limitation.

The race came to an even earlier end for the crew of the number 762 car when Ricky Collard collided with an opponent at La Source on his race-opening stint. The damage sustained was so severe that he and his team mates Hugo de Sadeleer, Ferdinand von Habsburg and Aaro Vainio had no prospect of continuing.

Dr Florian Kamelger, Team Principal: “An incredibly challenging and eventful race. In difficult track conditions, we lost two cars due to accidents. In the circumstances, the performance of Marvin, Jake and Alex was all the more remarkable. They took their Aston Martin Vantage from 13th on the grid to third by the time that night fell. However, a major setback came after the first third of the race, when a set of tyres which had been incorrectly fitted to their rims resulted in two extra unplanned pit stops.
What’s more, we took our mandatory longer ‘technical pit stop’ at an unfavourable time. All of these factors dropped our car down to P34, several laps behind the leaders. After the restart, Jake, Alex and Marvin eventually fought their way up to 18th. All in all, it has been a race in which we did not fulfil our potential. Anyway, we now have to look to the future, and we will be going all out to finish this year’s series on a high note in the next and final race of the Endurance Cup.”