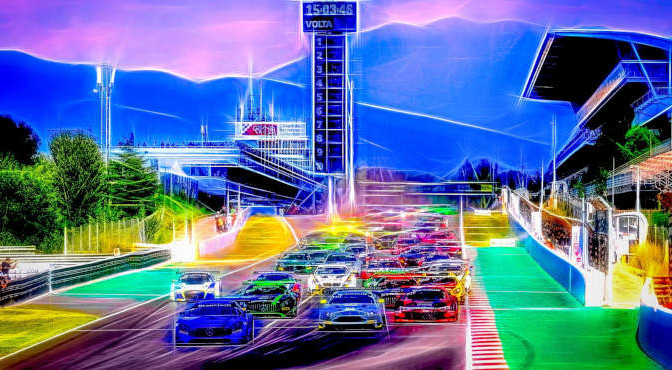 The draft calendar for the 2019 Blancpain GT Series campaign was first revealed in late July, during the 70th edition Total 24 Hours of Spa, allowing significant opportunity for further consideration.

After consulting with the paddock, SRO Motorsports Group can now confirm a handful of alterations to this schedule.

Firstly, the event at Circuit de Barcelona-Catalunya (28-29 September) will remain part of the Blancpain GT Series Endurance Cup in 2019. The Spanish round had initially reverted to its previous status as a Sprint contest, with the Nürburgring event (30 August-1 September) returning to the Endurance schedule.

However, after discussing this potential change with teams and drivers, the decision has been taken to retain the successful programme used in 2017 and 2018. This will see Nürburgring remain on the Sprint calendar, avoiding a clash between the Endurance finale and the FIA World Endurance Championship, where a number of drivers also compete.

The dates for both remain unchanged from the calendar revealed at Spa.

Further to this, the planned Sprint Cup event at Red Bull Ring – originally scheduled for 24-26 May – has been replaced with a trip to Dutch circuit Zandvoort on 12-14 July. The venue on the North Sea coast therefore returns to the calendar for the first time since 2015.

This will ease the logistical pressure ahead of the Endurance Cup round at Circuit Paul Ricard – a crucial preparatory event for the Total 24 Hours of Spa – while ensuring a resumption of the popular July contest at Zandvoort.

These alterations have led to small changes for other SRO championships. Firstly, the GT4 European Series will compete at Zandvoort in 2019 instead of Circuit de Barcelona-Catalunya, ensuring a home event for the category’s significant Dutch contingent.

To avoid a clash with this, the Championnat de France FFSA GT – GT4 France will now race at Lédenon one week earlier than originally stated, moving to a 5-7 July date.

Finally, Blancpain GT Sports Club will once again compete at Misano in 2019, which returns to the calendar in place of the previously planned trip to the Hungaroring.

A number of official test days for the Blancpain GT Series can also be confirmed. This follows the announcement that in-season testing will not be permitted in 2019.

In addition to the traditional two-day pre-season test at Circuit Paul Ricard and the traditional Spa test, there will be an opportunity for extra running ahead of the Monza and Circuit de Barcelona-Catalunya Endurance Cup rounds. Test days to run ahead of Sprint weekends will be announced in due course.

The next major SRO Motorsports Group event takes place at Laguna Seca, where the concluding round of the 2018 Intercontinental GT Challenge will play out on 26-28 October.