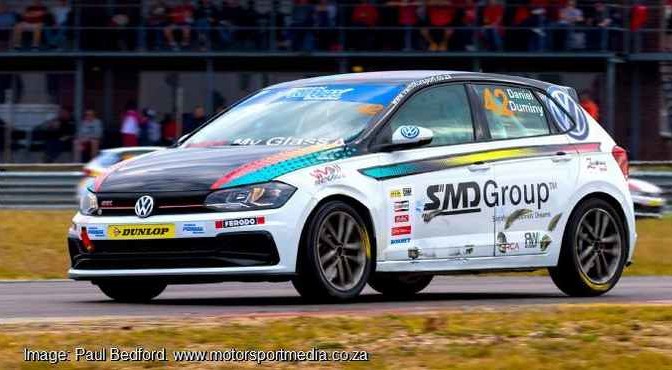 Daniel Duminy is champing at the bit ahead of the fourth round Engen Polo Cup at the East London Grand Prix Circuit Saturday 16 June. Ballito lad Duminy has had a positive start to the season including several top-ten finishes so far to sit ninth in the championship amid a six-car scrap for fourth in the championship covered by all of ten championship points.

“I am very excited!” Daniel admitted “We’re ready to get another good result! “The East London Grand Prix Circuit is the fastest in South Africa – a magic racetrack down by the beach – it has daunting few high speed corners so should be a thrilling weekend – Vic and the lads at VMR have prepared me a great car in the SMD Racing Polo again and we are keen to bring home best results this weekend.

“If we can do that, we should rocket up the championship log — there are just ten points between that many cars in the title race, so a good weekend is important – bring it on!”