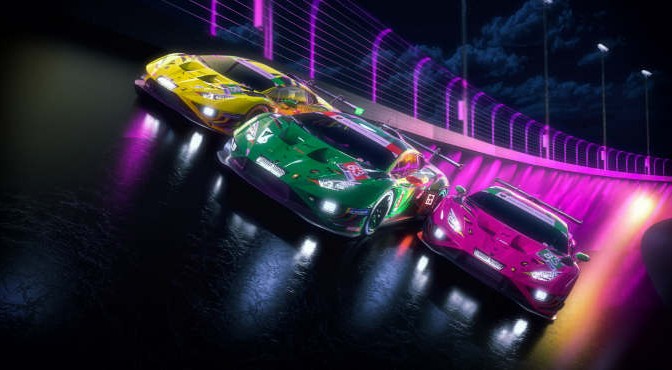 Today, Italian racing team, Iron Lynx, has announced the driver line-up that will pilot its three-car Lamborghini Huracán GT3 EVO2 entry in the prestigious Rolex 24 At Daytona at the end of January, marking the team’s debut in the IMSA Michelin Endurance Cup.

The #19 car will compete in the GT Daytona class for this race and will be driven by Claudio Schiavoni, Raffaele Giammaria, Lamborghini Factory Driver Franck Perera, and Rolf Ineichen who have both won Daytona previously.

One of the latest additions to the Iron Lynx family, former Formula 1 racer and brand new Lamborghini Factory Driver, Romain Grosjean will take the reins of the #63 car, bringing a wealth of racing pedigree to the team. He will be partnered by official Lamborghini drivers, and two-time winners of Daytona Mirko Bortolotti and Andrea Caldarelli, alongside Jordan Pepper, as they challenge for honours in the GT Daytona Pro class.

The Iron Dames team will be the only all-female line-up taking part in the race and will be driving the #83 car in the GT Daytona class. Looking to build on the success of their 2022 season, they will join with the 24 Hours of Spa winning drivers Rahel Frey, Sarah Bovy, Doriane Pin and Michelle Gatting.

Following the Rolex 24 At Daytona, both the #63 and #83 Iron Lynx Lamborghinis will compete in the entire IMSA Michelin Endurance Cup Championship during 2023 whereas car #19 will only take part in the Daytona race.

Team Principal for Iron Lynx, Andrea Piccini, said: “We are thrilled to announce our fantastic driver line-up and amazing three-car entry for the upcoming prestigious Rolex 24 At Daytona which takes place at the end of this month, and marks our first participation in IMSA Michelin Endurance Cup.

“It is also great to bring the Iron Dames back to America, helping to build our fan base in the States and follow on from the amazing support they received at last year’s 1000 Miles of Sebring.

“As we embark on this season, we will use the learnings from our previous intense seasons to approach 2023 with the same spirit and attitude, combining new and existing drivers with a rich knowledge of winning in motorsport.”